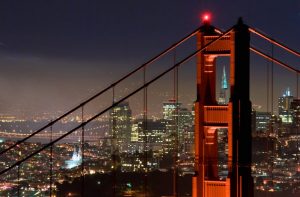 Whether I’m home in San Francisco or traveling abroad,  I could use a good stiff drink, hand crafted cocktail, or a glass of wine at anytime. Want to play tourist in your own town or are you traveling to San Francisco and looking for a little history in the land of new technology? Look no further. Check out this list of the 32 Oldest Bars in San Francisco by Neighborhood.

Us San Franciscans love bars with a sense of history. These spots preserve the city’s history, cultural identity and make some darn good drinks. SF Heritage, which workspreserve and enhance San Francisco’s unique architectural and cultural identity, has compiled a guide to more than 130 “heritage bars and restaurants” throughout San Francisco, available at www.sfheritage.org/legacy.

Wild Side West,  Established: 1962
424 Cortland Ave., www.wildsidewest.com
This lesbian-friendly bar was named after the Barbara Stanwyck film, “Walk on the Wild Side.” In the 1970s, this bar was vandalized when broken toilets and sinks were thrown through the windows and landed in the backyard. Out of the destruction came one of the city’s best outdoor patios, which still exists today. A bar that welcomed Bob Dylan and Janis Joplin back in the day welcomes everyone who walks through their doors.

Twin Peaks Tavern , Established: 1935
401 Castro St., www.twinpeakstavern.com
An emblem of the gay community, Twin Peaks was designated an historical bar in 2013. The bar is the first known gay bar to feature full length plate glass windows, openly revealing the identities of their patrons. Sitting at the intersection of Castro and Market streets, Twin Peaks stands as a gateway to the neighborhood.

Cafe du Nord , Established: 1908
2174 Market St., www.cafedunord.com
Sitting in an area where the Swedish community once thrived, Cafe du Nord occupies the basement of the San Francisco Swedish Society. The bar itself has one of the two music venues in the space (the other being the Swedish American Hall). For more than 100 years, Cafe Du Nord has maintained its intimate mood of a speakeasy with rich, dark colors of red and black. In 2013, the lease changed hands and the property has been undergoing renovations. Cafe du Nord plans to reopen in the Fall of 2014.

Red’s Place , Established: 1960
672 Jackson St., www.redsplacesf.com
Known as “Cheers” of Chinatown, Red’s Place was the site of the annual firecracker tradition when the Chinese New Year Parade would march by. Although the original owners have passed, the bar is still owned and operated by the family.

Great American Music Hall,  Established: 1907
859 O’Farrell St., www.slimspresents.com
Sitting on the border of Civic Center and Nob Hill sits Great American Music Hall. In 1907 it was a restaurant and bordello.  Today it is a music venue that has hosted acts from Duke Ellington, Sarah Vaughan and Count Basie to Van Morrison, the Grateful Dead, Arcade Fire and Patti Smith.

Dogpatch Saloon , Established: 1912
2496 3rd St., dogpatchsaloon.com
Originally the site of a revival saloon, Dogpatch Saloon became a “soft” drink store when Prohibition was passed. After Prohibition, the bar was quickly started serving alcohol again. In the 90s, “Dogpatch” was added to the title, making it the first to include the name of the neighborhood into the business name.

Old Ship Saloon,  Established: 1851
298 Pacific Ave., www.oldshipsaloon.com
The oldest bar in San Francisco (Elixir will have something to say about that), Old Ship Saloon is a bar made out of a ship hull that ran aground during a storm off of Alcatraz. It was later towed to the current location at the beach. Since renovated, the bar still preserves the memory of the ship.

Alioto’s #8 , Established: 1925
Eight Fisherman’s Wharf, www.aliotos.com
A tourist hotspot and a classic San Francisco bar all rolled into one. The restaurant began as a fresh fish stall on San Francisco’s Fisherman’s Wharf in 1925. Little has changed since then. Alioto’s restaurant is a culinary landmark that is still owned and operated by the descendants of Nonna Rose Alioto, showing the care and commitment of running a restaurant bearing their name.

Aub Zam Zam , Established: 1942
1633 Haight St., zamzambar.com
Once referred to the “Holy Shrine of the Dry Martini” by Herb Caen, Aub Zam Zam holds a special piece of history with the city. The owner, Bruno Mooshei, was so historically ornery that it became a game among patrons to see who could stay in the bar the longest. Bruno would throw someone out for something as trivial as putting the wrong song on the jukebox or not ordering a drink he liked. Today they are certainly friendlier.  Cash only.

Bus Stop Saloon,  Established: 1900
1901 Union St.
Still going strong since the turn of the century, the Bus Stop Saloon has gone through four generations of family ownership. Wall-to-wall TVs, pool tables, buckets of beer and a Pac-Man console attract a young, rowdy crowd that is sure to keep this bar kicking for generations to come.

Mauna Loa Club , Established: 1939
3009 Fillmore Street
A tribute to the Hawaiian volcano, Mauna Loa is a blue-collar bar in the trendsetting neighborhood of the Marina. The 1980s saw the inclusion of a pool table and Pop-a-Shot, but the bar still retains much of its charm.

Horseshoe Tavern,  Established: 1934
2024 Chestnut St., horseshoetavern-sf.com
A regulars’ bar if there ever was one. The original owner was a former football player of the team that would become the 49ers. Located on an upscale street in San Francisco, the “Shoe” remains a San Francisco classic.

The Homestead , Established: 1906
2301 Folsom St., www.homesteadsf.com
Opened in 1906 as the “Old Homestead,” there’s evidence in this Mission bar that it was a speakeasy during Prohibition. There’s a private room in the back – it doesn’t get more obvious than that. Of all the old bars in the city, the Homestead maintains much of the same decor that was around during at the turn of the last century.

Elbo Room,  Established: 1935
647 Valencia St., www.elbo.com
Since 1935, the Elbo Room has been many things: a Spanish restaurant, a western bar and one of the nation’s first lesbian dance clubs, Amelia’s, which became the anchor for the lesbian community. As the community diversified, Amelia’s no longer thrived. Since 1991, the Elbo Room has been open with the first floor operating as a bar and the second floor a performance/dance space.

Elixir , Established: 1858
3200 16th St., www.elixirsf.com
At 16th and Guerrero sits arguably the oldest bar in the city, Elixir. Since the Wild West days, Elixir has been transformed into many things. In 2003 the bar and décor were fully restored, returning it to its original glory.

Shotwell’s , Established: 1891
3349 20th St., www.shotwellsbar.com
Shotwell’s originally opened as a grocery store saloon by German immigrants with a backroom for beer drinking. Today it’s simply known as Shotwell’s, a place where people come to meet, drink beer and play pinball. It serves only beer, but its beer that is well curated to include many micro-brews from the Bay Area.

Gangway Bar , Established: 1910
841 Larkin St.
Billing itself the oldest gay bar in the city, Gangway was around long before the Castro became an LGBT neighborhood. In the 60s, the Gangway was part of the Tavern Guild, a coalition of gay bar owners and liquor wholesalers, paving the way to host numerous community events. Today the interior pays tribute to many famous figures throughout the LGBT community’s history.

Ha-Ra Club , Established: 1947
875 Geary Blvd.
Opened in 1947 by a former boxer, Ha-Ra Club has been anchor for the neighborhood. Today, the interior displays memorabilia reminiscent of the past. This bar has the essentials: liquor, a pool table and a jukebox.

Mr. Bing’s,  Established: 1967
201 Columbus Ave.
Mr. Bing’s is a dive bar with a spectacular view of Broadway and Columbus streets.  People still keep coming back for the inexpensive drinks and shrewd bartenders.

Vesuvio Cafe,  Established: 1948
255 Columbus Ave., www.vesuvio.com
A regular hangout of beatniks Jack Kerouac and Allen Ginsburg, Vesuvio was the seat of the hippie revolution. As the neighborhood has evolved, the bar has become a tribute to jazz, art and poetry.

Spec’s Twelve Alder Museum Cafe,  Established: 1968
12 Sayoran Place
Another staple of Bohemian culture in North Beach, Spec’s has been an enclave of that has become a haven for artists through the years. The interior serves houses Spec’s curated collection of zany artifacts.

Northstar Cafe,  Established: 1882
1560 Powell St.
The oldest bar in North Beach, Northstar is a comfortable neighborhood bar with a lively character, including such eccentricities a customer-of-the month award and a perpetual supply of free popcorn for its happy patrons.

Gino and Carlo Cocktail Lounge and Sports Bar , Established: 1942
548 Green St., www.ginoandcarlo.com
This is a true classic North Beach sports bar and lounge, family-owned for more than 50 years, Italian and proud of it.

Tony Nik’s Cafe , Established: 1933
1534 Stockton Street, www.tonyniks.com
When Prohibition was repealed in 1933, Tony immediately opened Tony Nicco’s Café, one of the first bars in North Beach. Tony Nicco’s was called a café because, at that time, food was required to be served with alcohol. Step in and step back in time. Entering Tony Nik’s will bring you back to an era of friendly and professional bartenders, ice cold beer, delicious cocktails and drinks served just the way you like them.

La Rocca’s Corner , Established: 1934
957 Columbus Ave.
This sports bar has a history steeped in baseball lore as Joe DiMaggio’s favorite hangout. During the 1940s and 50s, local mobsters were known to frequent La Rocca’s as well.

Trad’r Sams,  Established: 1937
6150 Geary St.
Before the heyday of the tiki craze in the 1960s there was Trad’r Sams. On top of the kitschy drinks they serve here you’ll get a geography lesson. The seating areas are named after tropical islands.

The Endup , Established: 1973
401 Sixth St., www.theendup.com
Home to San Francisco’s after-hours crowd, the Endup has two indoor bars, an outdoor bar and food stand, a lounge with a pool table, a high powered sound system and a dance floor with provocative lighting. What was once a club that catered to gay San Francisco now welcomes all walks of life.

Hotel Utah Saloon , Established: 1908
500 4th St., www.hotelutah.com
A relic of the Barbary Coast era, Hotel Utah was a favorite among gamblers, thieves, ladies of the night, politicians, hustlers, gold seekers, charlatans, police, and fancy miscreants when it first opened in 1908. Since then it has attracted celebrities such as Marilyn Monroe, Joe DiMaggio, Bing Crosby, to comedians Robin Williams and Whoopi Goldberg. Today, the Utah is the home to the most intimate concert venue in the city.

House of Shields , Established: 1912
39 New Montgomery St., www.thehouseofshields.com
One of the city’s most famous speakeasies during Prohibition, House of Shields didn’t actually open up as a bar until 1944. How famous? There’s an urban legend that President Warren G Harding died at this bar and then was taken through the tunnels underneath to the Palace Hotel where he was found.. House of Shields now stands as a shining example of expertly poured drinks.

Little Shamrock , Established: 1890s
807 Lincoln Way
The oldest business in the Sunset, Little Shamrock has been a favorite watering hole of visitors to the nearby Golden Gate Park for more than a century. Legend has it that the Shamrock first opened in 1893 in another neighborhood entikrely but relocated to its current location by 1896, where to this day, people love to have a beer and play darts.

Philosopher’s Club,  Established: 1960
824 Ulloa St.
In the often overlooked but lovable neighborhood of West Portal sits the Philosopher’s Club, the home of the man who started mixology, Jerry Thomas (he wrote the first book on the topic). Come for the history and the quotes on the ceiling, but stay for the drinks. 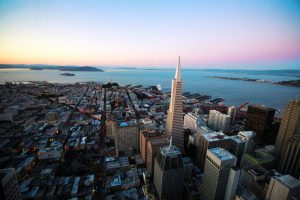 The San Francisco Travel Association is the official tourism marketing organization for the City and County of San Francisco. For information on reservations, activities and more, visit www.sanfrancisco.travel or call 415-391-2000.  The Visitor Information Center is located at 900 Market St. in Hallidie Plaza, lower level, near the Powell Street cable car turnaround.