Tune in for a Virtual Taste of Tuscany 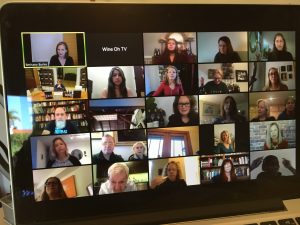 If you are anything like me you are LONGING for a trip to Tuscany. Since we can’t travel a taste of Tuscany we CAN do!

If the name Mazzei sounds familiar that’s because I have featured the family more than once on Wine Oh TV. Please watch this video with Francesco Mazzei, shot on location at Castello di Fonterutoli in Tuscany in 2013: http://wineoh.tv/traveling-in-tuscany-wine-tours-tasting-video

Here’s the Wine Line Up 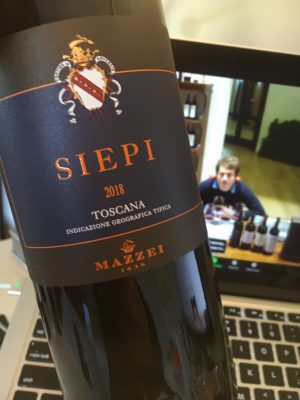 Castelllo di Fonterutoli Gran Selezione 2017 – made from a selection of the best vineyard plots surrounding the hamlet of Fonterutoli. $74

Vicoregio 36 Gran Selezione 2017 – a blend of 36 different Sangiovese biotypes deriving from 50 years of research, from the single Vicoregio vineyard. $99

Castello di Fonterutoli’s vineyards are situated within the territory of three adjoining Chianti Classico municipalities: Castellina in Chianti, Castelnuovo Berardenga and Radda in Chianti. Beginning with the 2017 harvest, the Mazzei family launched a new approach to its Sangiovese-based range of wines, aimed at highlighting the biodiversity of these three terroirs in three Chianti Classico Gran Selezione wines, each with its own inimitable character.

The history of the Mazzei family is closely woven in Tuscany’s winemaking tradition; Marchesi Mazzei is one of the ten oldest family businesses in Italy, one of the most acclaimed names in Italian wine, and a renowned producer of Chianti Classico. The extraordinary Fonterutoli Estate in Chianti Classico, in the hands of the Mazzei family since 1435, has passed down through 24 generations.