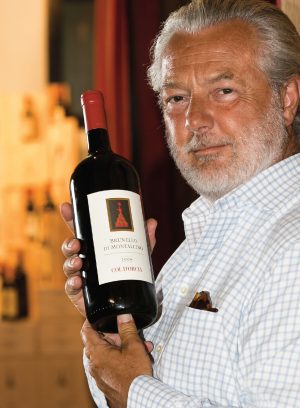 Join us as we are transported to Tuscany to learn about Brunello wine. Watch as we taste the 2016 Brunello di Montalcino release virtually with Count Francesco Marone Cinzano, owner of Col d’Orcia.

Col d’Orcia is the third largest owner of Brunello vineyards in Montalcino and the largest organic vineyard in Tuscany.

Situated on the outskirts of the medieval hilltop village of Montalcino, in Tuscany’s Siena province, the estate has a rich winemaking history dating back to the 14th century.

The estate’s name translates to “the hill overlooking the Orcia River,” due to its position in between the undulating hills of the Orcia River and Sant’Angelo in Colle.

All three wines are produced entirely with organically grown grapes farmed on the Col d’Orcia estate and bottled on location.

The Wine Line Up 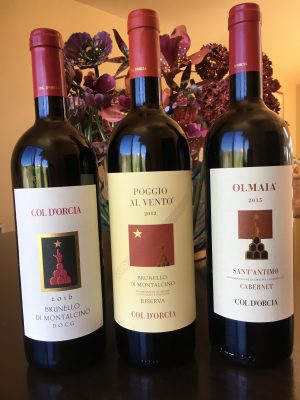 All made better with a bottle of Brunello by my side.