10 Cabernets You Must Try

Brilliant boating weather, blue skies and balmy temperatures made for a perfect outing to Treasure Island for one of my favorite wine events of the year, the Cabernet Shootout, where we found 10 Cabernets you must try. At the annual event, you get to blind wine taste some of the best Cabernet Sauvignons submitted to the Shootout, vote for your favorites and meet the winemakers behind the red wines. 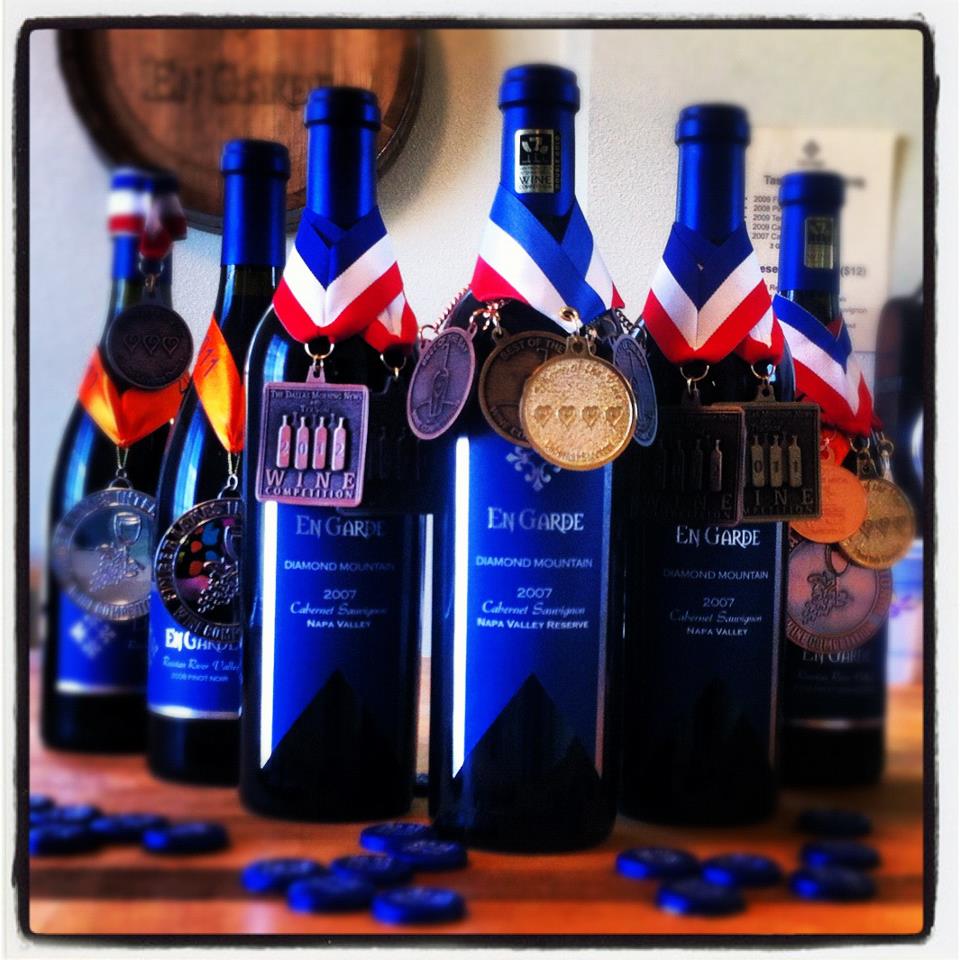 Congrats to winemaker Csaba Szakal of En Garde Winery for getting the highest score from both male and female judges for his 2008 Diamond Mountain Cabernet from Napa in the Shootout finals. This is a big, dense, intense adult beverage – not to be toyed with unless you eat as hearty as you party.

This sensationally sure-footed, elegantly composed wine is pure mountain fruit, amply spiced, delivering lovely raspberry and pomegranate fruit wound around rosemary and cocoa dusted truffle. This is the kind of Cab I could get hooked on: I would probably be too selfish to share, but the wine is called “For Giving” for a reason. It was inspired by Oprah’s “The Big Give,” and winemaker/owner Peggy Rowan donates proceeds to organizations that support worthy causes. Both her brother and her best friend, the artist who does all her labels, are quadriplegics. Proceeds from this vintage of “For Giving” go to the Reeve-Irvine Research Center.

The 2009 HeartSmart “Great Dane” Cabernet Sauvignon, Napa Valley ($110) is from flatland fruit in Coombsville. It’s riper, denser and less complex, but the label, depicting her beloved dog, is oh so cool. And the wine, displays the fine-grained, talcum powder tannins of Coombsville fruit – somewhat heavier than the famed “Rutherford dust,” but nowhere near close to gravelly. This is a crowd-pleaser.

Rowan calls the wines “HeartSmart” because they’re made from grapes as high in phenols as Cabs come. She employs extended maceration to squeeze every last bit of pigment out of those suckers.  She also presses the must a little more than most, extracting every last ounce of grit from the spent grapes. The wines do not suffer from her heavy handedness. Instead, they show firm body, extraordinary plush fruit, voluptuous texture and the kind of finish you want from a really good movie. Whether they’re any better for your heart than the average $100+ Napa Cab is certainly debatable. However, they are doggone good.

Winemaker Gary Rodrigue and his daughter Lindsey Roffey, a trained sommelier and the winery’s GM, collaborated to create this lovely lass of a wine, using hybrid American-French oak barrels, which impart finesse and spice to the lipsmacking mid-palate. Elegant and polished, yet surging with horsepower, this acid-streaked wine received a Silver medal at the 2013 San Francisco Chronicle competition. Give this one a try. It’s Livermore Cab at its finest and at 13.7%, deliciously restrained.

A subtle chocolate and mocha spice filled beauty of great finesse, this wine possesses the spirited grace and irrepressible fluidity of an Andalusian stallion at full gallop along some windy stretch of coastline. The potent energy from all native yeast fermentation carries this wine to another level of extreme, yet refined, enjoyment.

This wine gets my value of the day award – you can’t do much better than this as an overall crowd-pleasing Cab with everything you love. Smooth and packed with cherries, basil and raspberries, the flannel-sheet tannins are as irresistible as winemaker Ben’s warm, inviting smile.

There’s just nothing like Bates Ranch Cab Franc: oozing with red raspberries, spunky cherries, smooth cigar and cooling menthol. The eucalyptus is undeniable. There is nothing subtle about this wine. It’s the Angelina Jolie of Francs: exotic, alluring and stunning. Come on, if you’ve got it flaunt it.

I also give a big thumbs up to the 2008 Fernwood Estate Cabernet, at $40, probably the most satisfyingly complex, he-manly, intensely muscular, panther-sleek Cabernet at the Shootout.

Good Lord! This is a roaring Lamborghini Miura, a charging bull, with boundless energy, other worldly power and bursts of excitement that keep you guessing at the next move. From the first sniff to the last sip, it charges straight into your heart and takes it over.  Aromas of juniper and tobacco are met by intense flavors of dark licorice, Jamaican cigar, asphalt, leather and dark chocolate brownies. This is clearly mountain fruit, from Moon Mountain, which towers 800 feet over the Sonoma Valley. It’s essentially a field blend of all five Bordeaux varieties, grown in rocky red volcanic soil, and treated to the chilling breezes off the San Francisco Bay. To say it is multidimensional is an understatement. It’s more like mega-dimensional. And yet, it’s only 14.1% alcohol. Impressive.

Jill and Brian are committed to making outstanding wines from great vineyard sources while they wait for their estate vineyard, which they converted from walnut grove to grapes in 2006, to come online. Mountain Reserve is from the Diamond Mountain and Howell Mountain AVAs, and it’s a superb example of Napa Cabernet at its richest, regal best. Native yeast endows all their wines with a soulful mid-palate and extra firm richness. This Cab is gorgeous, high-spirited, polished, elegant and velvety. It’s like Faye Dunaway, wearing a sleeveless gown, red lipstick and matching red velvet gloves.

Also impressive is their 2008 Cabernet Franc, which just took a Double Gold in the 2013 San Francisco Chronicle Competition.

Made by rockstar winemaker Mark Clarin, whose McGrail Cabernet from Livermore took Best of Show at the 2012 Chronicle Competition, this exuberant blend is two-thirds Livermore Merlot and one-third Coombsville Cabernet. Beautifully balanced as a gymnast on the beam, it’s filled with sweet blackberry and sage, chocolately truffles and smooth ganache. Bursting with the energy of a Broadway musical, this wine is a lot of bodacious bang for the buck.

Made from grapes grown at Napa Valley College in sandy loam, this lean, focused, intellectually engaging Cabernet is the brainchild of the brilliant, quirky, opinionate and irascible Clark Smith, who teaches at the college and is writing a book on minerality in wine. He was a major force behind Appellation America, a website rich in content and provocative articles covering the many winegrowing regions 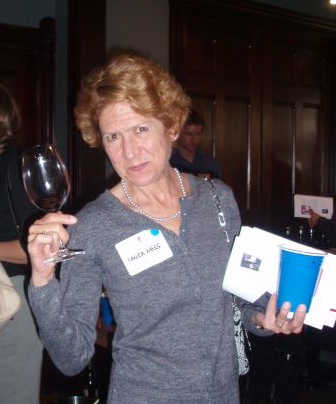