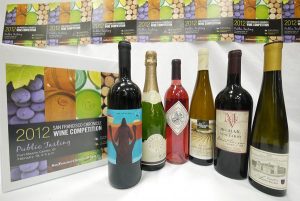 On February 18, 2012 winners from the San Francisco Chronicle Wine Competition will gather at Fort Mason to pour their award winning wines to a sold out crowd. This year, a record number of amazing wines were submitted and scored by a panel of 50 esteemed judges in over 100 different categories. Over four days, judges sipped, sniffed, and swirled 5,050 wines until five sweepstakes winners were chosen. Wine Oh TV was given the privilege of interviewing the winemakers from three of the sweepstakes winners. The winemakers were more than willing to give some inside comments about their wine and why it may have won over the judge’s hearts. 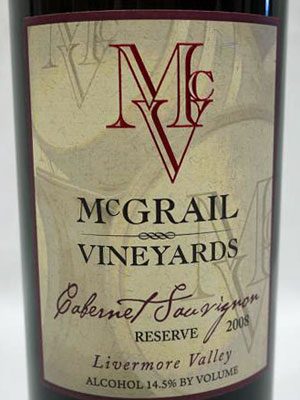 The winery: When Mark gives tours of his winery, he takes you to familiar places like the barrel room and crush pad, but then leads you to his favorite place. Off the North side of the winery is a covered patio with sweeping views of the valley, plush comfy outdoor lounges, and fans above to relax under after a long day of harvest. The charm of this winery extends beyond the covered patio right into the tasting room where you will be greeted by friendly staff who welcome you as family.

The Vineyard: Mark says the vines are planted on a gradual Northward slope that hosts a 50/50 split of Cabernet Clones 15 and Clone 8. He remarks that Clone 15 and Clone 8 have a definite affinity for the Livermore Valley and he can taste the presence of both clones in the Cab, especially the typical black olive flavor found in Clone 8 and the spiciness found in Clone 15.

The Wine: Luckily for Mark, in 2008 he had a variety of barrels to play with. The Reserve Cab was aged in both new and used Hungarian, American, and French Oak. He says that all played a part in contributing to the coconut, vanilla, toffee, clove and cinnamon aroma and taste found in the Reserve. If you want to try the Reserve, you better move quickly. He said sales have been brisk since the sweepstakes win. Luckily, they will be pouring their wine at the public tasting in February for all to try. 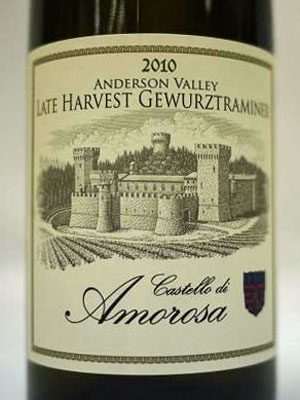 The Winery: Brooks affectionately refers to Castello di Amoroso as the “The Castle” and it no doubt is. Dario Sattui, the owner, had a love of everything medieval stemming from his travels to Europe as a youth. Incorporating his Italian heritage, that love translated into a 121,000 square foot Tuscan-style medieval castle right in Calistoga, including watch towers, a church , a drawbridge, and of course a torture chamber!

The Vineyard: The Gewürztraminer grows on a parcel in the eastern end of Anderson Valley. According to Brooks, Gewürztraminer benefits from the region’s cool, maritime climate, but also from a slight pocket of warmth unique to the terroir of the vineyard. Both the warm afternoons as well as the cool morning temperatures provide a perfect environment for Noble Rot. Brooks aims for some amount of Noble Rot to occur naturally every year to give it that unique flavor. But, he says, Gewürztraminer can be tricky because it is a thick skinned, finicky grape. Luckily, 2008 was a great vintage as he reported that 25% of the grapes at harvest were infected by Noble Rot.

The wine: Brooks says his first job was in Santa Cruz at a winery that was a pioneer for Late Harvest wine. Today, he draws on those experiences from many years ago to create award-winning dessert wines like the Gewürztraminer. Before aging the wine, Brooks uses whole-cluster pressing, and then ages it in stainless steel. Asked if the Gewürztraminer’s sweepstakes win may signal a popular year for the grape, he says he hopes so as the growing popularity is encouraging. Pushing for his favorite food pairing, he said, “The canned response is Pacific Rim Asian cuisine or dessert. But, my favorite pairing, which may not be politically correct, is foie gras on a toasted baguette.” È magnifico! 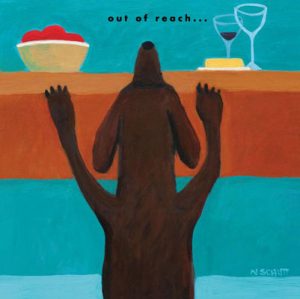 The Winery: This wine is a twofer! Not only did the label win the sweepstakes competition, it also received a bronze medal. Brenda Lynch founded her winery, not only with the vision of creating good wine, but also helping man’s best friend. Every portion of Muttitage sold goes to the charity Muttville of San Francisco that rescues dogs deemed unadoptable because of old age. Brenda has always had a love of dogs and wines, and she thought, why not combine the two? She says chuckling, “I’m known more in the dog world than the wine world!” The winery is by appointment only, but if you visit, don’t forget Fido is always welcome!

The Vineyard: The Muttitage is a blend of 87% Cabernet Sauvignon, 12% Merlot and 1% Cabernet Franc. Her Cabernet Sauvignon vineyard is located in Dry Creek on a hillside bench. She says that the small loose clusters of grapes produce great flavor in the blend that contribute to the spicy notes and lingering finish.

The Wine: Brenda will be pouring her Muttitage at the public tasting, but tasters are going to want to see her doggone cute label called, “Out of Reach. “ For three years in a row, Brenda has held a wine label contest and calls out to all dog artists alike to submit original artwork. This year, 150 entries were submitted. The winner for Muttitage was artist Nancy Schutt from Washington whose painting Out of Reach won over the hearts of over 6,000 voters. Apparently, the judges of the San Francisco Chronicle Wine competition couldn’t have agreed more with the voters.