2012 Wine Harvest Around the World 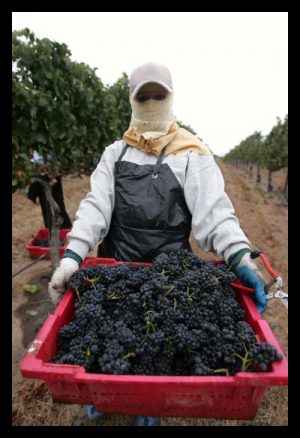 Wine harvest around the world, this vintage forecast shows lower yields, but ideal weather conditions for wine grape ripening. Before picking wine grapes, growers measure Brix, PH, and acidity. They also taste individual wine grapes and look for a seed that is crunchy and browning. A visual inspection of their vineyards is also necessary to make sure grapes aren’t turning into raisins or molding. The Brix measures the sugar content inside the grape and a target number for Brix is around 24.

In California, the early-ripeners such as Chardonnay, followed by Pinot Noir, have been harvested. Coming soon are the mid-ripeners harvested in mid-October; typically Syrah, Merlot, Sauvignon Blanc, Cabernet France, and Cabernet Sauvignon. This will be followed by the late-riperners like Grenache and   Petit Verdot. This year, California saw no frost in spring time and followed by a long, hot summer. The lack of springtime rain on the vines could have some effect on the complexity of the wine. This recent heat spell has wreaked some havoc on harvest plans and some of the late-ripeners, are scheduled to be brought in early. 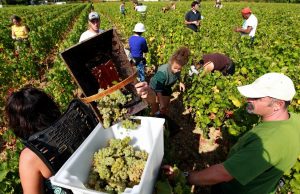 In France, lower levels of grapes yields are already noticeable. Bordeaux is on its way to set a record for the latest harvest.  Earlier in the season, Bordeaux experienced a cold winter and wet spring which caused uneven flowering. June and July were cool and conditions improved in August with occasional heat spells which made soil dry. Since Bordeaux does not irrigate, dry soils will only add to the characteristics of this vintage. The white grapes were all harvested by September 25, followed by a few rainy days. Overall, most growers were happy about their Sauvingon Blanc and Semillion harvest. In Burgundy, hail storms hit the regions of Pommard, Santenay, and Volnay destroying 80% of the grapes. While hail was a constant threat, cool weather also threatened mildew and fungus on the vines. In Loire, low quantities are anticipated. 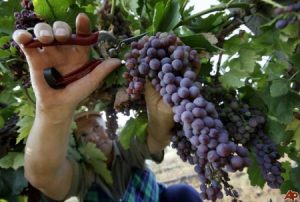 In South Africa, the growing season is from October to December and grapes are harvested in January. Growers reported a cooler growing season which caused uneven flowering and fruit set. But the long, cool ripening resulted in better ripeness and acid balance. Although, some heat waves were reported in January, the weather turned cooler towards harvest.

In Chile, the growers had a great grape-growing season. In mid-March through early May, grapes were picked and processed with promising results.

In Portugal, the growers reported low yields, however the berries were smaller and this correlated to a higher concentration of sugars, hopefully creating high quality ports. 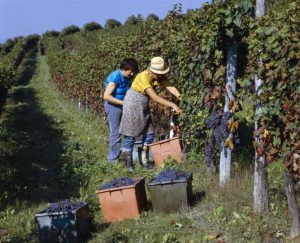 In Italy, the summer had hot, intense temperatures with no rainfall that caused lower yields. Because there are many areas of Italy where irrigation is not permitted, winemakers have found this vintage very challenging. Because of this dryness, winemakers are anticipating a drop in quality in the grapes.

In Greece, the growers experienced one of the hottest summers on record. This resulted in an early harvest and grape yields down by 20%. But, the extreme heat seems to have helped one of their native grapes that need extensive ripening: Xinomavro.

In New Zealand, the 2012 grape harvest was smaller than 2011 due to the cooler spring and summer. April (autumn in the Southern Hemisphere) proved to deliver excellent weather conditions for the grapes to ripen with warm, dry days and cool nights.