40th Anniversary of the Judgment of Paris (VIDEO) 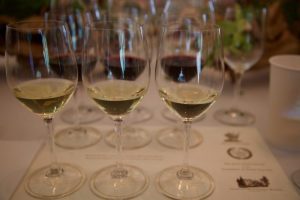 Hard to believe it’s been four decades since the history making Judgment of Paris tasting officially put California (Napa Valley specifically) wines on the world map. The exact 40 year anniversary date is May 24. 2016, but the wine world has been celebrating with food and wine events all year. No surprise! You know us Wine Oh’s are always looking for a reason to uncork a good bottle of vino.

On March 18, 2016 members of the media (including moi) were invited to the Meadowood Napa Valley for a lunch and tasting in honor of the 40th Anniversary of the Judgment of Paris tasting. Chateau Montelena’s and Stag’s Leap Wine Cellars’ current winemakers, Matt Crafton and Marcus Notaro, guided us through a retrospective tasting.

“Bo Barrett thinks this [2011] is the best chardonnay we have ever made. Thanks to picture perfect chardonnay weather. 2013, was the first year you could feel the effects of the drought coming in.” Matt Crafton, Chateau Montelena Winemaker 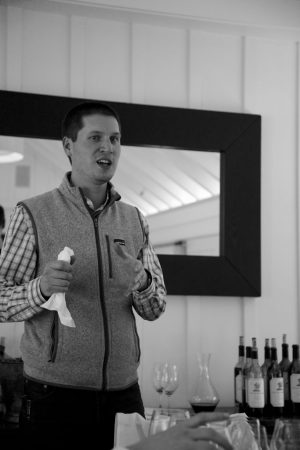 To learn more about the history making Judgment of Paris tasting watch my 2012 video with Chateau Montelena and 2014 video with Stag’s Leap Wine Cellars.

Or here’s a Cliff’s Notes version of the Judgement of Paris. In 1976, Steven Spurrier, a Brit who ran a fine wine shop in Paris, decided to promote his wine shop by organizing a blind tasting to coincide with America’s bicentennial celebrations. Nine French wine experts blind taste tested the French and California wines. Much to everyone’s surprise a California wine won the top prize. The so-called “Judgment of Paris” led to a boom in California wineries, from 330 in 1975 to over 4,000 in 2016. Chateau Montelena’s 1973 chardonnay, crafted by Calistogan Miljenko “Mike” Grgich, was deemed the best of the best at the esteemed tasting. Mike Grgich founded Grgich Hills Estates Winery in 1976.

In the afternoon tasting of the red wines, the French judges gave their top ranking to Warren Winiarski for his 1973 Stag’s Leap Cabernet Sauvignon, beating the best cabernets of Bordeaux. Now, how’s that for a little bottle shock? 😉