5 Facts Wine Drinkers Need to Know about the Drought (VIDEO) 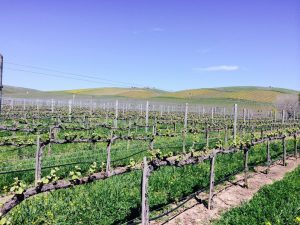 A little over two months ago Governor Jerry Brown declared a drought emergency for the state of California. California’s rain totals are still nowhere near normal and it’s going to take several serious drenching’s to put a dent in the drought.

The dry spell has certainly been on the minds of members of California’s winemaking industry. Folks on the east coast might have a hard time sympathizing with our mild conditions and lack of “real” weather. But, when the west coast is dried up it can have an impact on wine drinkers across the country. In 2012, 89 percent of the wine in the United States was produced in California. Grapes are one of the highest valued crops in the country. With these facts in mind, this question might come to mind: Will the drought leave thirsty wine drinkers across the country dehydrated? I headed to Napa Valley to help find some answers. 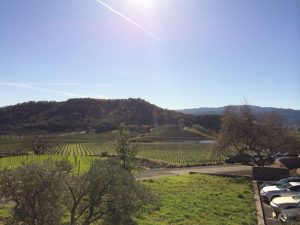 Jennifer Putnam, executive director of Napa Valley Grapegrowers, tells me they still are not even within striking distance of a normal year. This has Putnam and her 670 members with climate change on the forefront of their thoughts.

The wet start and end to March has been a welcome relief for winemakers and grape growers across the Golden State who have been praying for rain all season. Putnam’s not going to sugar coat it, she says the last time we saw conditions this bad was in 1976-1977. To put those dates into perspective, that’s when President Ford and Jimmy Carter were in office.

Is there reason to sweat the 2014 vintage? Watch the video and find out whether California’s parched weather conditions will put a pinch on your pocketbook.