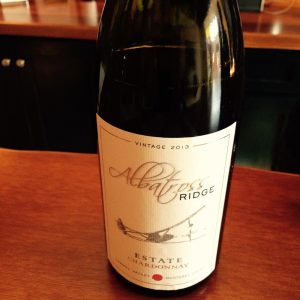 The glint of the silver foiled label catches your eye, not just for the name wrought in script, but for the gossamer image of the aircraft it bears. Long of body and just shy of graceful, this sailplane, built by one William Hawley Bowlus in the 1930s, launched many dreams, eventually giving this winery and brand the name Albatross Ridge.

You might scratch your head in wonderment that the weighty name of such a symbolic bird could be laid upon a winery, let alone an aircraft. But history is a strange trickster, and sometimes irony has both the first and the last laugh. Let’s take a step back to a time before we took flying for granted.

William Hawley Bowlus, a pioneering sailplane engineer, was superintendent of construction for Charles Lindbergh’s Spirit of St. Louis, and in fact taught the famous aviator and his wife how to fly a glider. He was was also the first American to break Orville Wright’s soaring duration record in an American-built sailplane. “Hawley,” as he was known, went on to create the famous “Baby Albatross” sailplane kit, which he flight-tested from a ridge in Carmel Valley, and manufactured in San Fernando, CA. It would surely have been an even bigger hit but for the intervention of WWII. 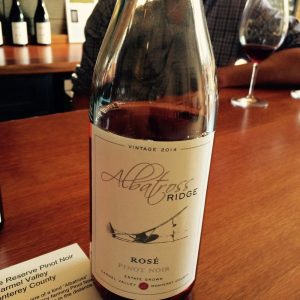 A prolific designer, Bowlus has three aircraft in the Smithsonian, including the plane on the wine label. He also designed the original Airstream trailer, but being an engineer and not necessarily a businessman, neglected to secure a patent for the design. Once a prolific landowner in southern California, Hawley slowly lost his holdings, and died pretty much broke. But his pioneering spirit lives on in his progeny.

Like the swallows that return each year to Capistrano, so Hawley’s grandson, Brad, and his great-grandson, Garrett, ended up returning to same mountaintop in Carmel Valley where Hawley had originally launched the Albatross. But it was a far more circuitous route.

Both father and son fell under the spell of Burgundy wines while on Garrett’s post-college graduation trip to France. They returned home determined to find the perfect place to plant Chardonnay and Pinot, somewhere on the West Coast.

After studying enology and viticulture at the University of Dijon, along with classes at UC Davis, Garrett moved to Oregon. Taking on various winery jobs, he hoped he would soon find the ideal property for the winery he and his father were determined to establish. So many siren songs beckoned: so many parcels intrigued, but nothing took flight. 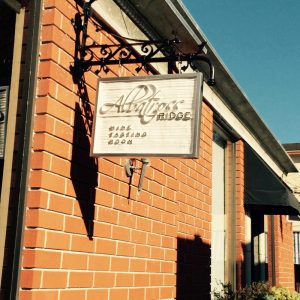 Then, in 2007, Brad informed Garrett that he had found something archetypically ideal, right in Carmel Valley, on the Central Coast. It was kismet that this steep land, just seven miles from the Pacific Ocean, turned out to be the very same ridge from which Hawley had tested his Albatross sailplane.

Albatross Ridge vineyard, replete with limestone and shale and reminiscent of Burgundy, keeps some pretty toney company. Located at the top of Laureles Grade, at the southwestern edge of Carmel Valley, it neighbors the vaunted Diamond T Vineyard owned by Robb Talbott, from whence comes some of Talbott’s finest efforts. Nearby is also Pelio Vineyard, Peter Figge’s outstanding Burgundian parcel, from which has come some righteous Pinot Noir, magic in the hands of Chris Weideman of Pellerin.

Albatross Ridge’s 25 acres of vines, farmed by Garrett, is divided into eight blocks of Pinot Noir, with clones 115, 777, 828 and Pommard, and four blocks of Chardonnay, planted to clones 96 and 15. 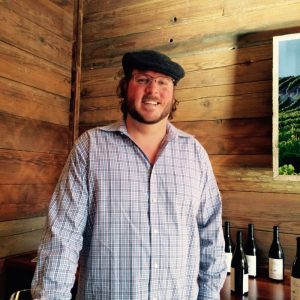 Winemaker Garrett thankfully picks them both early, preserving their natural youthfulness without compromising any of their longevity. With alcohols for the most part well below 14% and generally sub 13%, and naturally generous acidity, these high-flying wines do not need much new oak. Garrett restricts the program to less than 25% for Chardonnay, and less than 30% for Pinots, selecting tight-grained French oak of the finest cooperage, with a preference for Cadus, Ermitage, Latour and Remond. He rarely keeps the wines longer than 11 months in barrel.

Chardonnay is whole cluster pressed and barrel fermented sur lees with absolutely no stirring or racking until bottling. Pinot is done with 15% whole cluster, with long cold soak and cool fermentations in small open top fermenters. Both Chardonnays and Pinots are completely native yeast-driven, including secondary malolactic fermentation. It’s as hands off as possible.

Here is a sneak preview of the 2013s, which are just being released in the tiny tasting room in downtown Carmel.

2013 Estate Chardonnay ($55, 410 cases, 12.5%): Clean floral aromas with distinct honeysuckle are layered with flint, honey and saltwater taffy, revealing a generous depth of stonefruit flavors, along with fresh pear, lime and mandarin. Vivid acidity keeps the wine forging on, with a generous midpalate, leading to a finish of sandy shortbread and dried apricots. (92 pts)

2014 Rosé of Pinot Noir ($25, 240 cases, 13%): This is no saignée, nay nay! It was picked to make rosé, and its slightly apricot raspberry hue reminds you of a true French rendition. It begins with aromas of rain-damp earth and a flower garden filled with daisies, lilies and chrysanthemums, then pounces on your palate with rich fruity flavors of apple, cranberry, cinnamon and orange bitters, finishing with savory notes. This food-friendly wine is anything but shy. (88 pts)

2013 Cuvée Vivienne Pinot Noir ($40, 1080 cases, 12.5%): Made from all eight blocks of Pinot and named for Garrett’s daughter, Vivienne, this beautiful wine is a redhead through and through, from first whiff to last sip. Its perfumey flower-laden nose delivers hints of pepper, fern and chamomile, but is dominated by its alluring scent of fresh-baked strawberry rhubarb pie. One racy sip and lovers of Pinots redolent of earthy rhubarb compote, strawberry jam and red raspberries will rejoice. This one is an angelic choir of tinkling, tingling acidity. (93 pts)

2013 Estate Reserve Pinot Noir ($55, 375 cases, 12.7%): This is a big boy wine, brooding and earthy, with flint, forest floor, mushroom and crab apple on the nose. The color hints at its robust character, filled with cheery cherry, cigar, red plum, cranberry, cinnamon, nutmeg, red currant and mocha, ending with a flourish of flint and citron. This has plenty of stuffing to age for decades. (93 pts)

Hawley would be proud of these free-flying wines his great grandson is making, proving once more the incredible endurance and power of the albatross to inspire the imagination.

The Albatross Ridge tasting room in Carmel-by-the-Sea is on Mission St. between Ocean & 7th, inside the Court of the Fountains. Open daily from 1 p.m.