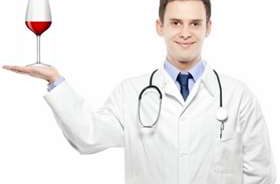 The month of April celebrates Alcohol Awareness. Alcohol Awareness Month, put together by the Center for Disease Control (CDC), is a nationwide campaign intended to raise awareness of the health and social problems of excessive alcohol consumption. This year they are highlighting binge drinking and the risks to women’s health. For our part in promoting Alcohol Awareness Month we thought that it would be important to tell you how alcohol affects our bodies and some of the controversial health claims that are at the forefront of today’s medical research. 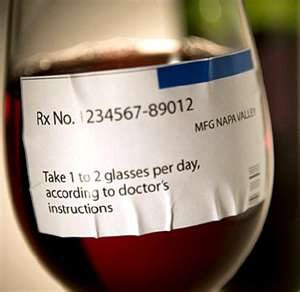 Currently, the CDC recommends that people drink per day no more than two drinks for men and one for women. A drink is defined as 5 ounces of wine, 12 ounces of beer, or 1.5 ounces of a distilled spirit. When alcohol is consumed, 100% is absorbed in to the blood stream after it reaches the stomach and small intestine. It then flows to and becomes metabolized by the liver. The liver takes about an hour to metabolize one drink and any alcohol consumed over that amount can’t be processed and the blood becomes saturated with alcohol. While alcohol is waiting to be processed, initial effects of alcohol in the blood can be felt. Depending on your gender, weight, how much consumed, and overall health, alcohol can depress nerves in the part of the brain that controls sexual arousal and performance, memory, muscle movement, threshold for pain, inhibition, and thought processes.

Today, modern science has just begun to explore the positive effects of alcohol, specifically the moderate consumption of red wine and its prevention against coronary disease and some forms of cancer. Anti-oxidants in red wine are believed to prevent molecules known as “free-radicals” from doing cellular damage. Studies on another compound found in red grapes, resveratrol, have suggested that it can boost the immune system, block cancer formation, and protect against heart disease. There have been suggestions that resveratrol prolongs life and has shown to dilate the small blood vessels in the heart and prevent clotting, as well as balance cholesterol and prevent against the formation of protein in the arteries of the heart. Wine has also been studied on the elderly and their moderate consumption. There is promising research that it prevents or postpones Alzheimer’s and Parkinson’s. Other studies have found that moderate drinking of wine reduces the risk of peptic ulcers, lowers the likelihood of developing diabetes and stroke, and even cures the common cold! 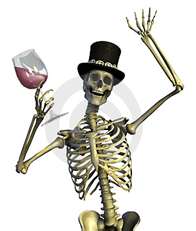 But before we begin consuming from the “red wine fountain of youth,” evidence also shows that alcohol consumption can have negative benefits. Scientists recommend that if you don’t drink, don’t start in hopes of curing life’s maladies. Certain medical conditions can be worsened by consumption, especially if there is a family of history of alcoholism, cancer, or other health problems. Alcohol has always been widely known to be a leading cause of cirrhosis, high blood pressure, and elevated triglyceride levels. It also affects migraine sufferers who often find that headaches get worse with red wine. Because of red wine’s prolonged contact with the grape skins, the accumulation of histamines and tannins is much greater, and this can trigger a migraine. Weight gain is also another powerful reminder of alcohol’s nasty side effect with some drinks clocking in at close to 200 calories! In this past year, research has shown that alcohol increases estrogen levels in women. Increased estrogen levels in woman who are at a high risk for developing breast cancer are more prone to developing tumors when drinking alcohol. 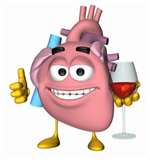 Luckily, research and the advancement in medical science will certainly keep us up-to-date. In the meantime, it is no secret that we at Wine Oh TV love to imbibe and we know that some can’t. But if you do, we always want to practice and preach drinking in moderation and our recommendation at Wine Oh TV is to know yourself, your body, and drink responsibly! To find out more about Alcohol Awareness Month and what you can do to help, visit their website at: http://www.cdc.gov/Features/AlcoholAwareness/