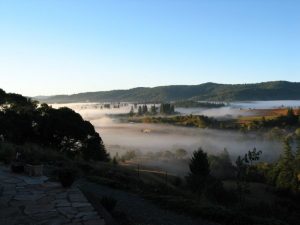 It’s still snowing to beat the band back east – those poor people. But here in Northern California, we had a bit of wintry weather over the weekend, especially the farther north you traveled. For the first time in its ten-year history, I was able to attend the Alsace Festival in Anderson Valley, and I’m planning never to miss it again. 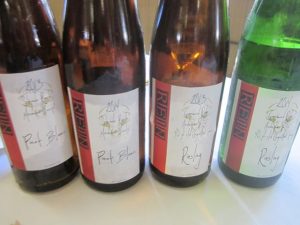 There are at least ten good reasons why. I’ll get to those memorably delicious points in a minute, but first, a quick primer on what is meant by “Alsatian varieties.” For this festival, the menu is all about Pinot Blanc, Pinot Gris, Gewürztraminer, Riesling and Muscat. The one thing they all have in common? Their incomparable aromatics. Thankfully, many wineries bottle these in screw-caps – yay! – to preserve their princess like precociousness. 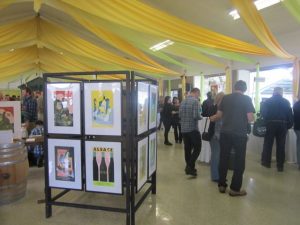 In Anderson Valley, these grapes are prevalent, and a significant number of wineries produce at least one of them. Some, like Handley Cellars and Navarro, produce all or nearly all of them.

This event, typically held the first weekend of February, features a Grand tasting event on Saturday, complete with morning seminars, held at the Boonville Fairgrounds. Several winemakers host wine dinners the night before. Then, on Sunday, most of the wineries who make Alsatian varieties are open, featuring all manner of food pairings with these sensational wines. 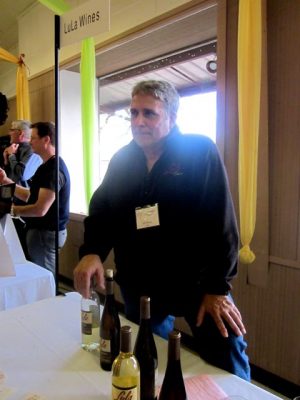 In addition to the 16 wineries from Anderson Valley pouring, the Grand Tasting featured 14 wineries from other regions in California, including Napa, Mendocino and Edna Valley, along with tables of wines from New Zealand, Alsace and New York. There were even two wineries from Oregon.

You won’t lack for food at this event, either. We were treated to all manner of cheeses and jams, goodies from Cory Morse Catering and Boont Berry Farm, oysters from Tomales Bay, exquisitely prepared steelhead with caramelized onion butter and sea salt by Chef Francois de Melogue and outrageous Millionaire’s bacon from Little River Inn’s Executive Chef Marc Dym.

Ten Good Reasons Not to Miss Alsace Festival Next Year