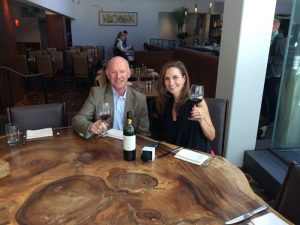 Curious why Australians call their most well known wine Shiraz, when everyone else calls it Syrah? We get that and a whole lot more straight from the Aussie’s mouth. Not just from any Aussie, but one of the most famous names in Australian wine, Bill Hardy of Hardys Wine. With over 160 years of winemaking under its belt, Hardys Wine is one of Australia’s most recognized wine brands, and one of the biggest wine names in the world.

Wine Oh TV’s Monique Soltani got a chance to share a sip, a nosh, and a few stories with fifth generation family member Bill Hardy. The great grandson of Hardys founder Thomas Hardy, who bottled his first vintage in 1857. The “Father of the South Australian Wine Industry” started with humble beginnings, but had a had a vision worth it’s weight in gold (or wine in this case) to create wines that would be prized in the markets of the world. Now, five generations of the Hardy family have dedicated their lives to keeping his passion alive. 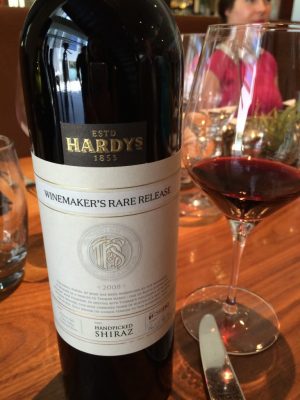 After our on camera interview, but before our feast at Bluestem Brasserie in San Francisco, Bill Hardy reminisced about his late Grandmother Eileen Hardy. He retold the tale, about a time at the winery when a busload of wine enthusiasts (tourists) drove up to the winery’s “Cellar Door” (tasting room) in McLaren Vale South Australia. Grinning as he brought to mind a time gone bye, but very much alive at our lunch today in city by the bay. He described how she walked right up to the bus and announced herself as “Eileen Hardy of Hardys Wine.” She then welcomed each guest with open arms, and shook each (about 60 people) of their hands. He chuckled as he recollected and simply said THAT was Eileen. Likening her to the Widow Clicquot, Eileen Hardy took the reigns and ran the Hardys Wine business, after her husband Tom Mayfield Hardy passed away. The family’s matriarch,  continued to build the Hardys brand and was often referred to as the first lady of Australian wine.

When you watch the video above, I hope you see what I guessed in the first 30 seconds of meeting Bill Hardy and knew for sure after our three hour lunch on July 3, 2014. Bill Hardy, is someone you want to spend time with, he’s passionate about his heritage, his wines, and his family. He’s someone who leaves you with a warm fuzzy feeling, that stays with you long after the plates are clean, and the wine bottles are empty.  Maybe it’s the Aussie accent or their inherent charm that makes you feel like the most important person on the planet, or maybe it just runs in the family. Either way, there is one thing that I know for sure: If You Watch One Video About Australian Wine Watch This One! 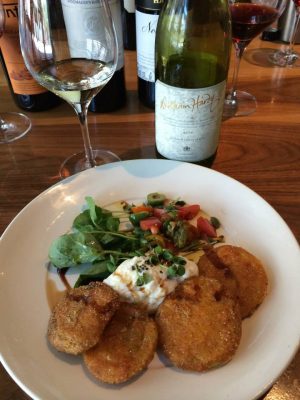 The William Hardy wines, which initially included two bottlings — an Australian Chardonnay and Shiraz — are an homage to Hardys’ Brand Ambassador William “Bill” Hardy, and his 40 years of service to the winery. Bill is the great grandson of founding Winemaker Thomas Hardy. Priced between $16 and $18, these single varietal offerings are dominated by complex, cool-climate componentry blended with smaller contributions of warm region fruit to flesh out and soften the wines. The resulting harmonious blends showcase lovely varietal aromas and flavors, great palate complexity and regional character.

Hardys’ Nottage Hill wines were first introduced in 1967 to celebrate the 60-year career of viticulturist Thomas Hardy Nottage. The first wine in the collection was a Cabernet-Shiraz sourced from Nottage Hill in McLaren Vale. Today, the Nottage Hill wines, bearing the South Eastern Australia appellation, remain at the core of the Hardys portfolio. Offering great approachability, style and balance, these wines are reliably delicious and affordably priced. Three Nottage Hill wines, the Chardonnay, Shiraz and Pinot Noir are re-launching in the U.S. at a suggested retail price of $12-14.