Calling All Barberians: Barbera Wine Your Time Has Come 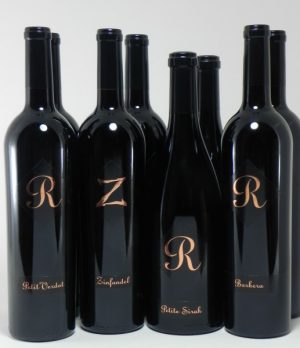 The Jerry Mead New World International Wine Competition marks its Silver Anniversary in 2014, celebrating 25 years of rewarding excellence. This year was no exception, with the crowning of the first Barbera to take top honors as “Best of Show” in the history of the competition, which is judged by top wine writers, wine retailers and winemakers.

The 2012 Jeff Runquist Barbera, Cooper Vineyard, Amador, $28, was handily the top favorite in the final Sweepstakes round, going head to head with a Riesling, a Late Harvest Chardonnay and a sparkling. Each of these wines had won their respective Classes and vied for top honors as Best in Show.

All were deserving of their places, but it was the Barbera that generated the most buzz, and deservedly so. It struck many of the judges as not only being an outstanding red wine when it took Best Red, besting a well-fought challenge from a comely Cab, a promising Pinot Noir, a snappy Syrah and precocious Petite Sirah (the top 5 vote getters out of a field of 13), but also an ideal example of California Barbera. 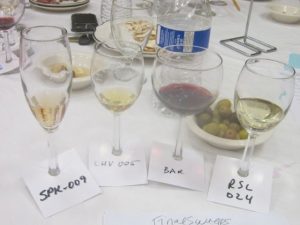 A gorgeous purple color, the 2012 Runquist Barbera is aromatically appealing with lavender, raspberry perfume and red currant, and in the mouth, is rich, juicy and succulent, with plentiful black cherry and blackberry fruit. The acid is plentiful and racy, and a year in both French (56%) and American oak (44%), added just the right toasty creaminess to impart a fantastic texture and satisfying finish.

Winemaker Jeff Runquist has produced Barbera from over a half dozen different Amador Vineyards declares his favorite to be the Dick Cooper Vineyard, from which they have produced a vineyard designate since 2001. If you are a true Barberian, you can taste this Barbera, along with scores of others from the Amador region, on June 14, 2014, at the 4th Annual Barbera Festival, to be held at Cooper Ranch Vineyard in Plymouth. But get tickets now, as they always sell out. Tickets are $50 at barberafestival.com

The Amador Foothills are well-known for Zinfandel, and there are nearly 2k acres of that grape planted here, but it is Barbera that lights the place on fire, despite less than 200 acres planted as of 2013. One taste of this winning wine and you’ll see why. 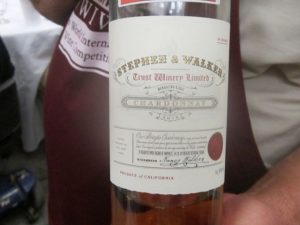 Let’s take a quick look at the other winners, all of which were incredibly well executed and certainly deserving of your cellar. Best of Show White was the 2013 Villa Bigne Juicy Sweet Riesling from Seneca Lake, Lake, NY, and Best Dessert went to the 2012 Stephen & Walker Trust Wines Late Harvest Chardonnay, Mendocino Ridge, CA.

Korbel took the Best of Sparkling for their Blanc de Noirs, which was delightful and refreshing, especially after the flight of 13 reds. The NY Riesling was definitely a bit sweet, but the acid was plentiful and the fruit was so pretty and appealing, I would think this might become a gateway drug for people trying something other than Chardonnay for the first time. It was light on its feet and effortlessly pleasing.

The Dessert Wine category was fascinating, with a well made Port-style wine, rich and oozing fruit, plus a sherry-like dessert wine that tasted of caramelized brown sugar, an Ice wine that was very easy to love and that amazing Late Harvest Chardonnay that made most of us swoon. It truly is worth visiting Trust Wines in Healdsburg to check out this wine and the rest of their collection.

Let’s have a toast to all the winners!