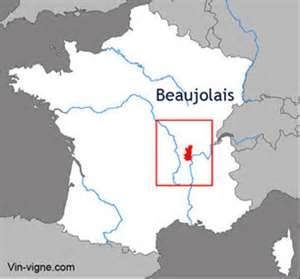 If you are looking for the best French budget wine, Beaujolais is your best bet. Love it or hate it, many people around the world love wines with no oak impact or aging and this especially rings true of drinkers of Beaujolais. The fact is, some wines just don’t need to age and some are intended to be drunk immediately after bottling and such is the case with Beaujolais. 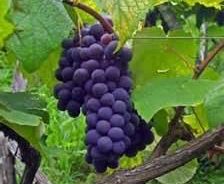 Beaujolais is an appellation in the South of France and grows primarily Gamay grapes. This thin skinned, light bodied, low tannic, high acid wine produces simple, fruity wines with a distinct nose of bubblegum and an occasional prickle on the tongue from small bubbles leftover from the winemaking process. The grapes undergo a winemaking technique called carbonic maceration where the whole grape clusters are put in a fermentation vessel without being pressed. The weight of the grapes on the top crushes the grapes on the bottom and the natural yeast on the grapes, as well as the release of carbon dioxide, begins and assists in fermentation. This process is completed in four to five days when the must is pressed. Prior to bottling, the wine goes through malolactic fermentation. 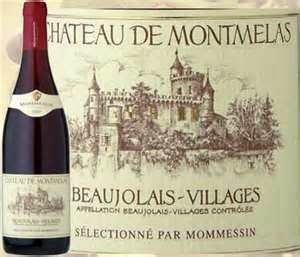 A tradition since the 19th century, once Beaujolais is bottled, it is time to celebrate! Starting November 15th, and no earlier according to AOC rules, Beaujolais wines are released with much fanfare. Beaujolais Day is accompanied by celebrations in local establishments and marketed around the world. In the United States, Beaujolais is promoted as the perfect holiday wine! Many thanks for Beaujolais popularity can squarely be placed on George Duboeuf’s shoulders, the founder of one of the largest wine merchants in France. He created the marketing behind Beaujolais Nouveau to create more interest in the wine. 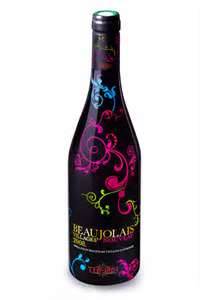 Today, Beaujolais Nouveau is one of the largest wines produced in Burgundy, but it still continues to struggle. Poor vintages affect small growers and the wine that showed a brief rise in popularity in the 1980’s, fluctuates. Unfortunately, the vintage this year was not as promising as the weather conditions created low yields, however the quality of the grapes remaining on vine were quite good! Rumor has always suggested that Beaujolais is France’s first predictor of the vintage to come as the wine, with no oak influence or aging, can be tasted as a true example of the terroir. Hopefully, this year, the Gamay grapes will be right!

Here are some wine picks for Beaujolais. But, get them fast, as quantity is always limited and don’t forget to drink them once you buy them!