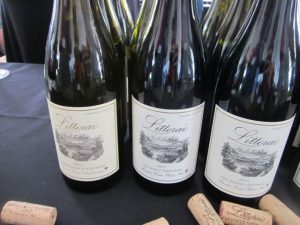 West of West: Where the Fog Doth Rest: by Laura Ness Think of some of your favorite Pinot Noir producers from the Sonoma Coast: names like Littorai, Dumol, Failla, Flowers, Fort Ross, Hartford Court, MacPhail, Peay, Ramey and Siduri. Then add many that might be new, perhaps Alma Fria, Baker Lane, Ceritas, Freeman, Furthermore, Gros Venture and Soliste, and put them on a grassy tented knoll in the middle of downtown Sebastopol, at the hottest new venue in the area, The Barlow. 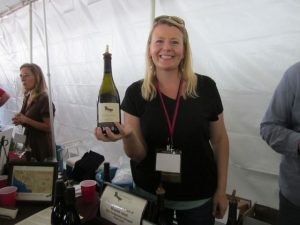 Add some delectable cheeses from purveyors like Pennyroyal, Freestone artisan cheeses and local olive oil from Olive Leaf Hills, and you had a unique taste of the best of the West of Sonoma County. The wines, especially the Pinots Noirs from the Sonoma Coast AVA have a reputation for two overriding things: phenomenal acidity and atmospheric prices, both attributable to their lofty elevation. Without doubt, many are worthy of their equally lofty tags. But there are some relatively reasonable “bargains” to be had as well.

Standout Chardonnays from this star-studded tasting were 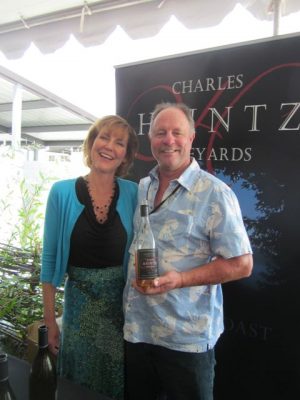 2012 Charles Heintz Vineyards, perfectly balanced pirouette of peach and Meyer lemon cream, mandarin and hazelnut, and at $45, perhaps the bargain of the lot

2012 Red Car Estate, soaringly crisp and filled with stonefruit at the pinnicale of perfect ripeness

2011 “Lucky Well U.V.” from 32 Winds Wine, a bit oakier but lovely and creamy: the kind of Chardonnay you can bask in.

2012 Sonoma Coast Vineyards from “Gold Ridge Hills,” the most Burgundian of the lot, with more texture and minerality than fruit, like a gymnast on a balance beam.

2012 Wayfarer Vineyard from Fort-Ross Seaview, glistens with the sheen of oak as it meets the song of brilliant grapefruit, Asian pear stonefruit.

In the Rosé category, the 2012 Rosé of Pinot from Charles Heintz can’t be beat for under $20, while the 2013 Rosé of Pinot from Red Car was lithe and lively, in a very pink way. If you can find the 2013 Fort Ross Pinot Rosé, zesty, vibrant and amply plump in tingly strawberry, rhubarb and guava, it retails for $24, but is not available in the tasting room.

Such a plethora of penultimate Pinot Noirs made it hard to choose, but the ones that keep coming back again and again to haunt, as this grape often does, included: 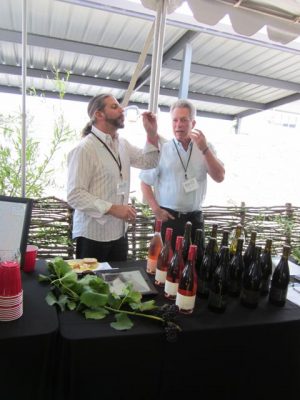 2010 Baker Lane Reserve, from the Ramondo Vineyard, this is a delight of red and black fruits, with black tea, wild herbs and smooth-grained tannins.

2011 MacPhail Pratt Vineyard, inviting as a fresh red cherry pie, brimming with cinnamon and nutmeg, and flowing with laser like focus on tart cranberry, succulent rhubarb and red cherries. Beguiling and worthy of the $49 investment.

2012 MacPhail Mardikian Vineyard, not yet released, but clamoring for attention as it pulls your olfactories in every direction, from sweet red fruits to savory herbs to misty primeval forest. So intriguing is this deeply layered, beautifully textured many chaptered novel of a wine, that it’s tempting to plunk down the $80 entry fee.

2012 Red Car Estate, as aromatically pleasing as they come, with all the pleasures of a patch of black raspberries, orange peel and mountain spice, this wine from a vineyard at 1k feet elevation, displays beautiful balance and elegance.

2012 Wayfarer Vineyard, Fort Ross-Seaview, a wine made by Bibiana Gonzalez Rave, in conjunction with Jayson and Cleo Pahlmeyer, this exceptionally complex and intriguing Pinot is crafted from 12 different clones. Inviting aromas of red cherry and strawberry are layered with vanilla toasted brioche and rose petals, and the underlying cranberry and pomegranate flavors make merry on sheets of silky, fine tannins and a finish of raspberry scones.

Missed the event this year? Check out West Sonoma Coast Vintners for up to date information on next year’s WOW Festival!