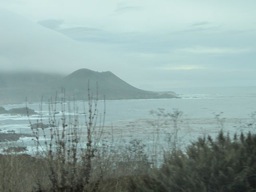 Clearly there is no more stunning stretch of mesmerizing coastline than that between Carmel Highlands and Big Sur. I know it well, after several days of traveling to and fro, attending events as part of the 4th annual Big Sur Food & Wine Festival.  Each day, each way, it changes like a shape-shifting serpent, snaking its way along the dynamic intersection of sea and sand. Sometimes the sun plays a starring role: other time, it stays out of sight, letting fog and mist take center stage. The hills, ruddy with poison oak, stand sentinel over a lonely landscape, seeking solace from the wind. You cannot drive this gossamer ribbon of surreal asphalt and breathtaking bridges without a profound appreciation for the human engineering and gumption that breached death-defying depths to build this pathway to heaven. 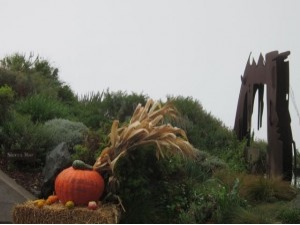 It made me appreciate the truly tenuous nature of our compromise with the most powerful force on our planet: the Pacific Ocean. There it lies, whether at eye level, or thousands of feet below, a mystifying medley of temptation, tempest and contempt. There is nothing that testifies to its power more eloquently than the sight of Sierra Mar restaurant, perched like a beacon of humanity, atop a sheer ridge that drops like a waterfall of scrub-covered earth to the sirensong of the water below. 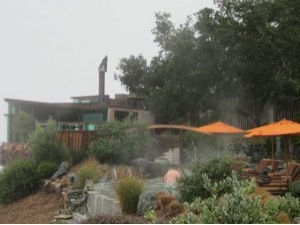 I envied the couple soaking in the hot tub, near an infinity pool that seemed to flow right down to the Pacific.

Through layers of fog, I spied the garden below, where Chef John Cox gets much if the produce for the restaurant. Dodging grazing and brazen deer at every turn, I paused to admire the army of solar panels that keep this place juiced. This place is like a giant PAUSE button. Everything slows down. You are simply in the moment. If you don’t find your zen here, buddy, you don’t have any. 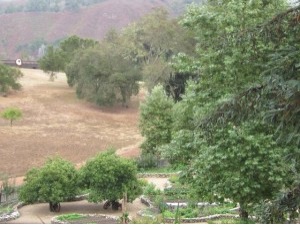 Zenned out to the max, I drove back to the Highlands Inn for a Calera retrospective with my old friend Josh Jensen, who graciously served four vintages each from his vaunted Mills and Jensen vineyards in the hills outside Hollister.

We tasted what the vagaries of vintage and vine age, coupled with bottle age, will do to these pinots that some believe are truly the most extraordinary in the US. The Calera site is all limestone, and the vineyards are all field blends: Josh doesn’t know the clones, and if he does, he’s not telling, but he claims they were originally sourced from Burgundy. He was so worried about bogus vines back then (people were selling gamay as pinot), he simply relied on cuttings. 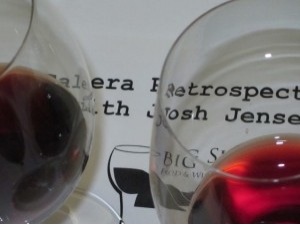 Regardless, two words: buy 1999. Two more: buy 2009. There’s not much left of the 1999’s but they are both extraordinary in their suppleness, their remarkable punchy freshness and abundant stuffing.

If you’re a fan of Calera chardonnay or viognier, you should buy up all the 2011s you can, because Josh lost nearly 40% of the chard and 30% of his viognier crop this harvest. Pinot was down also. Sometimes, you just can’t get enough of an extraordinarily good thing. 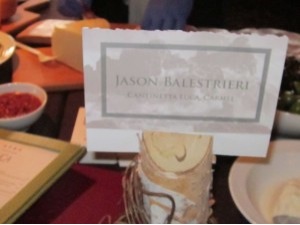 The “Gateway to Big Sur” at the Highlands Inn was a festive affair with a plethora of fine foods and wines, all with a breathtaking view of sunset’s after party on the Pacific. The object of the exercise was to grab some food, then find the appropriate wine to pair. Rarely was it difficult. Often, the matches were sensational. After all, that is the whole idea. 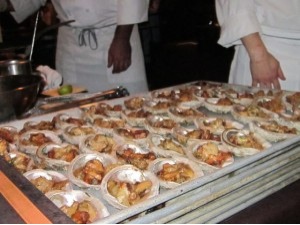 roasted yellow tomato coulis, (Jack Galante’s sauvignon blanc was also aces with this),the duck quesadilla from the Hitching Post with the 2010 Pisoni Garys’ Vineyard pinot, and Chef Brandon Miller’s (Mundaka, Carmel) foie gras with beet gastrique and the 2010 Peay Scallop Shelf pinot from Sonoma Coast. Really, all the food was excellent: chefs and vintners should be congratulated and the Hyatt staff kept everything humming smoothly. A shout out to the valet guys for their rhythmic precision: they’re like a tight percussion section. 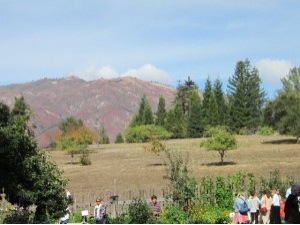 Pinot Walkabout in the gardens at Post Ranch was simply delightful. Thanks to Schoch dairy for the most enjoyable cheese – the Monterey Jack is epic! I enjoyed tasting Mark Ray’s 2009 Perception Charlatan vineyard pinot (Russian River), a combo of clones 115/777, powerfully earthy, with notes of pine, mushroom, marjoram, lavender and roasted beets. 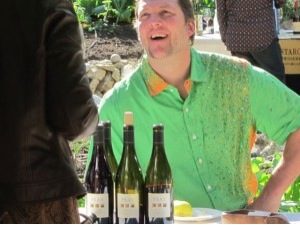 Andy Peay’s Sonoma Coast pinots taste pure and clean, intense as the sea-stroked hills from when they come. 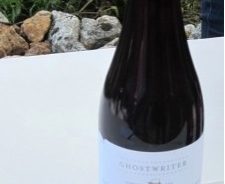 Another beauty was 2010 Ghostwriter pinot noir, Belle Farms Vineyard, Santa Cruz Mountains, 13.1 %. Made from champagne clones of pinot, this wine is spicy and electric, with zingy ginger-cranberry and pomegranate flavors. It’s almost peppery in its delivery, yet maintains a focused intensity, like a cat watching a sparrow in a birdbath. 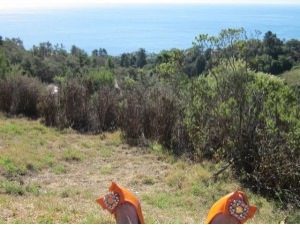 After some sea gazing from a bench at Ventana, enjoying a cup of Joe from Big Sur Bakery, it was time for the Saturday Grand Tasting, where dozens of wineries, local chefs and gourmet food providers, including Happy Girl Kitchens, and Tabitha Stroup of Friend in Cheeses Jam Company, who sampled their delicious wares in a tent overlooking the solar array at Post Ranch Inn. Chef Jerry Regester of The C Restaurant on Cannery Row, served up a divine pork terrine with capers. 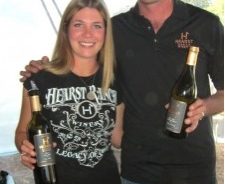 Among the wine highlights were the spicy Tempranillo from Hearst Ranch Winery and Byron Kosuge’s 2010 Soberanes pinot, lively, meaty and peppery, with vibrant, unhurried flavors. 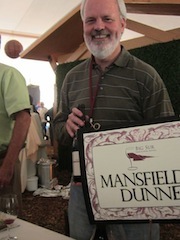 John Peterson was pouring the 2010 Mansfield-Dunne pinot from Peterson Vineyard in SLH: it’s tasting fabulous these days, with hints of roasted chestnuts and peppered salami. But the 2011…oh, be still, my heart! This is a kicked up, on fire beauty, redolent of Herbes de Provence and luscious lavender. It should be released for the holidays. 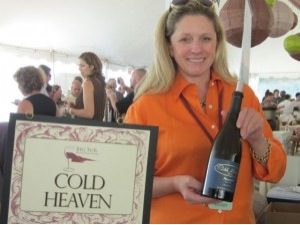 Morgan Clendenen of Cold Heaven poured her excellent viogniers, for which she is known as the “Queen of Viognier,” abut her Queens Cup pinot is pretty regal, too. 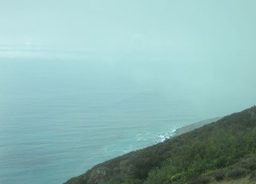 Sad to leave this piece of heaven on earth, I pointed my car north, towards civilization, thankfully, many ocean-edged miles away. Big Sur is a place lost in time, where you can still find yourself living in the actual moment, savoring every nanosecond.