Tasting the Magnificent Wines of Margaux

Ask anyone and they will tell you the wines from the Bordeaux region in France are some of the best, if not THE best, wines in the world. With such a rich reputation you might be wondering how you could possible find the right food to pair the wonderful wines of Bordeaux? In this wine video, we are giving you a taste of Bordeaux at its best with the one and only Château Brane-Cantenac at EPIC Roasthouse in San Francisco. Château Brane-Cantenac is a Second Growth in the Margaux appellation of the Bordeaux wine region in France. It is one of only fifteen Deuxièmes Crus (Second Growths) in the original Bordeaux Wine Official Classification of 1855. The Médoc is a wine region in France that spans the left bank of the Gironde River and includes: St-Estephe, Pauillac, St. Julien and Margaux and it’s here where you will find Château Brane-Cantenac.

While Brane-Cantenac is deeply rooted in tradition they aren’t afraid to change with the times and have made some modern moves over years, all while keeping the environment in mind. Practicing a policy of preservation, 25% of the grapevines have been converted to organic growing, their cellars were constructed based on principles of sustainability, they have had a waste water treatment plant since 2001 to help eliminate polluting particles, they bought an electric utility vehicle to improve their CO2 balance, and they have implemented a recycling program.

In this wine video, Wine Oh TV’s Monique Soltani gets to the bottom of Bordeaux with Château Brane-Cantenac and finds out how this historic estate maintains its magnificence by doing things a little differently, gets some tips on how to pair the playful and the serious wines of Bordeaux and even uncovers the secret ingredient to making a timeless wine could start with the sixth grape of Bordeaux. And here all this time you thought there were only five Bordeaux grape varieties! (Don’t worry so did I:))

EPIC Roasthouse is acclaimed chef Jan Birnbaum’s contemporary waterfront roasthouse, featuring his interpretations of traditional steakhouse favorites and more. The menu features an inventive combination of traditional and contemporary dishes, showcasing everything from fish to fowl, and specializing in a variety of meats and steaks. Handmade cocktails, domestic and imported beers, and a well-selected wine list complement the menu. The restaurant features an intimate upstairs bar and lounge with panoramic views of the city, ferry building and bay featuring the full restaurant menu as well as its own separate bar menu. 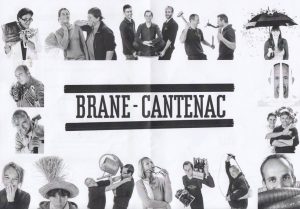 Château Brane-Cantenac is a Margaux second classified growth and has belonged to Henri Lurton since 1992. Enjoying an impeccable reputation, its vineyard covers 75 hectares (185 acres) divided up into several plots, the largest of which is the finest deep-gravel mound in the appellation. At Brane, Henri Lurton has taken from tradition all that is alive, and has selected among modern techniques those which are suited to a natural and gentle handling of the grapes.  His aim is to make the best possible wine each year, bringing out the great terroir in which it is produced. Château Brane-Cantenac also produces a second wine of very high quality, Baron de Brane, and Château Notton. 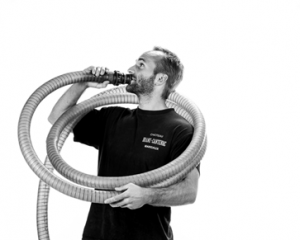 If you find time to visit estate this year you are in for a special treat. ‘Brane seen through the eye and lens of…’, is currently on display and Henri Lurton has invited the photographer François Poincet, winner of the Terroir d’Images Contest in 2011 and well-known in the wine industry for his photographic contributions to the Wine Spectator, Decanter or Vigneron magazines. François agreed to give HIS own vision of Brane-Cantenac, an original vision indeed, since he chose to pay homage to all those men and women who are usually invisible while contributing daily to the production of a great wine.

The pictures of François Poincet will be on display at Château Brane-Cantenac until April 1 2014. Drawing their inspiration from Richard Avedon’s black and white portraits, with lots of light, and by having deliberately chosen to be strikingly different, they are totally opposed to the stiff, carefully studied Harcourt’s portraits. With a lot of humor, François Poincet brings out a side of Brane’s daily life that is rarely revealed where wine and vine give way to the men and women of the winery.

Thank you to photographer Guy Charneau for the use of some of the images featured in the above video.