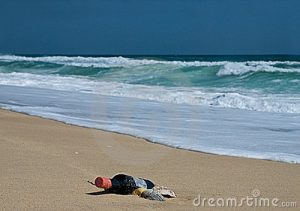 Rumor has it that if you were stuck on a small raft, marooned in the middle of the Pacific Ocean, your mind would probably wander and you would dream about your last bottle of wine that you would sip. Hopefully while drifting, you would come upon a little island and find an abandoned bottle that had found its way ashore with a note on the side of a bottle that says, “Open only if it is your last.” Salivating for your last bottle of wine, you begin to hope that it is your favorite. What wine would you hope it would be?  With its rich flavors, sensuous, seductive nose, and firm tannins, Cabernet Sauvignon would definitely be the last drink choice of many.

As the second most popular vine grown in California, it is a favorite amongst most consumers, likely because of its consistency in flavor and smell. Even though the list of aromatic descriptors of Cabernet is quite lengthy, you can bet on experiencing at least one of these flavors when doing a little swirl, sniff, and sip: Cherry, raspberry, black cherry, plum, rhubarb, blackberry, black current. Cranberry, cedar, black pepper, chocolate, vanilla, cassis, anise, mint, coffee, earth celery, clove, green pepper, green beans, eucalyptus, oak, black tea, asparagus, green olive, peppermint, soy, molasses, cocoa, leather, licorice, menthol, cigar box, caramel, mushroom, and perhaps a little bay leaf!

Cabernet Sauvignon is an amazing grape grown in nearly every wine region in the world. It is an easy, forgiving grape to grow, and is fairly easy to pronounce.  In new world regions, flavors will typically be jammy, minty and fruity.  Old world flavors will tend to have more earthiness, herbaceousness, and vegetal notes. Tannins are also an important part of Cabernet’s polyphenolic makeup .  Tannins not only provide that interesting structure, they help it age. Cabernet Sauvignon’s ageability and consistency in flavor are why it sits in some of the most expensive bottles in the world, over a century old, commanding extremely high prices. 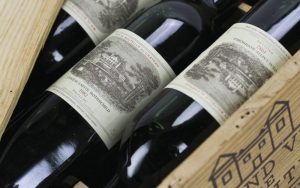 Cabernet Sauvignon is the perfect accompaniment to most heavy, meaty dishes. When paired with dishes that are high in protein and fat, the tannins bind to the proteins and the food comes across as softer and more palatable. Pair a Cabernet with mild cheddar cheese, duck, veal, venison, roast beef, filet mignon, or leg of lamb.

Reviewing Cabernet Sauvignon’s can be difficult because it isn’t hard to find some that are quite good, in almost every price range. Luckily, the San Francisco Chronicle makes it easy.

Give them a try and let us know what you think!