If Cabernet Sauvignon were king, then Chardonnay would be its queen. As the queen, she would reign as the most popular white wine in the all the world with her long-standing relationship for a no-nonsense flavor profile that rarely veers off course. She would travel far and wide with her vines taking root in faraway places such as the United States, Australia, South America, and Chile. 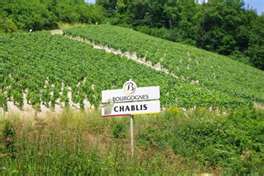 At royal affairs, you would see her first in raised glass, toasting those around her. She would be in a tall flute, sparkling, and shimmering away. Chardonnay is an important part of the Champagne blend that is found in some of the pricier bottles in the world. She lends acidity, color, and aromatics to the Champagne blend. Later in the dinner, sitting prominently next to her king as a still wine, she would be paired with seafood or salad. Her acidity, texture, and flavor complexity would pair well with any vinaigrette salad dressings, fish, light chicken dishes, as well as seafood and shellfish. 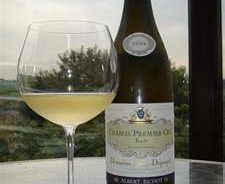 Like most queens, Chardonnay would also have a flair for fashion. Sometimes, she would show up in full glammy-galore with a gown that billows forth, barely fitting through doors. Like her gown, chardonnay would be full and round, overshadowing her leaner subjects; Sauvignon Blanc or Chenin Blanc. To create this fullness, winemakers age her in French oak, creating that rich, buttery popcorn flavor that has become quite popular in the New World. Sometimes overdressed, these toasty flavors often overpower her sweet tropical fruit notes. Opting for a slimmed-down look for casual occasion in such regions as Chablis, Chardonnay would appear dressed in a modern, form-fitting, slimmed-down, barely-there dress. Wanting to show off her pure, natural flavors, winemakers are aging her in stainless steel. When she is ready to drink, she would be cool, crisp, and refreshing, with flavors of minerality, citrus, stone fruit, and tart tropical fruits like mango and passion fruit with no hint of ever touching the insides of a barrel.

Unfortunately, like any popular queen, she would have her critics. The “ABC movement,” also known as Anything But Chardonnay, began in the later 90s as a response to the copious amount of Chardonnay that were being produced with little varietal character and over-the-top oakiness found in every grocery store. incredibly over-oaked. The movement tried in vain to convey to consumers to drink anything but her. Fortunately, they failed and Chardonnay still is the most planted vine in California, heads and tails above Cabernet Sauvignon and Zinfandel. She is seen in many grocery store aisles and is always a safe bet. Luckily, wineries that make incredible Chardonnay have decided to part ways with the over-oaked style that Chardonnay seemed to be doomed for. Winemakers are now striving for those luscious tropical and citrus fruit notes to emerge from behind the oak and put it at the forefront and not the other way around. Below are four different Chardonnays, all made vastly different from the other, and grown in different climate region. Give these wine picks a try and learn to appreciate how Chardonnay has become our queen!

Light and youthful with aromatics of citrus, green apple, and flint. A steely texture with ample acidy, low alcohol, light bodied, and a flavor intensity of minerality, citrus, grassiness, and peach

Nose of toasted almonds and pecan. Dairy, yeast and yogurt flavors that with time develop into almond, hazelnut, and walnut notes

Beautiful gold colored wine with a nose of butter, toasted oak, and banana. Flavor of sweet spices, citrus, almonds, tart banana, and creamy yogurt. Big and round, full-bodied wine with a long finish.

A well-balanced Chardonnay from the Maconnais. Pear and apple notes with a rich, round mouth feel that finishes with a crisp note of minerality on the palate.