Students Come Together to Cook for a Good Cause

Wine Oh TV’s Monique Soltani had the honor of being a guest judge for the competition and sat in on Maree Garcia’s dinner. In this video, watch Maree Garcia in action and hear Monique and the other judges give their thoughts on Maree’s culinary creations! 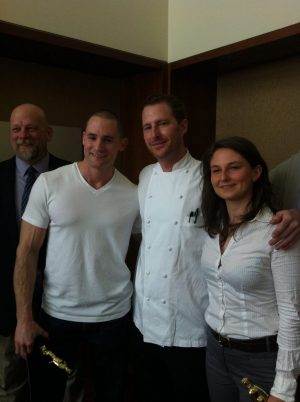 Luce and the InterContinental San Francisco awarded a total of $5,000 in scholarships to the competitors, as well as to the California Culinary Academy (CCA) and The Art Institute of California – San Francisco (Ai California – San Francisco) scholarship funds. The competition’s first place winner, Juliet Fine, impressed diners, guest judges, and Chef de Cuisine Daniel Corey with her menu of Roasted Diver Scallops, Lightly Marinated King Salmon, and Meyer Lemon Panna Cotta, paired with wines from Hop Kiln Winery, Siduri, and Alexander Valley Vineyards, all of which are members of Wine Road, an organization of wineries and lodging in Northern Sonoma County. As the winner of the Culinary Clash, Fine will accompany Chef Corey at Luce’s annual East Coast tour and cook alongside him in New York at the InterContinental Times Square. She also received a $1500 scholarship. 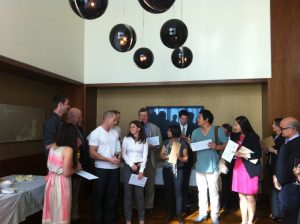 Originally hailing from Oakland, CA, Fine kick started her culinary career as a personal chef in San Francisco. With a love for cooking and nutrition, Fine gained her primary education from Bauman Natural Chef School, a college with a focus on holistic nutrition and culinary arts. After deciding she wanted a different type of culinary education, Fine moved on to the Ai California – San Francisco Culinary Arts, Associate of Science degree program. Fine worked with Ai California – San Francisco classmate Tyson Schoenmoser as her Sous Chef, who received $750 in scholarship money for his role in being part of the first place team.

For more information on Luce at the InterContinental San Francisco and further details on Luce’s Culinary Clash, please visitwww.lucewinerestaurant.com.