Why You Need to Know about Asolo Prosecco (VIDEO) 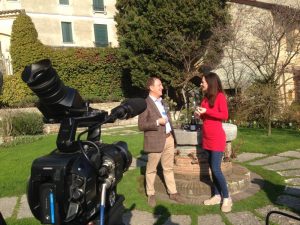 Asolo Prosecco Superiore DOCG produces high quality hillside Prosecco and you have probably never even heard of it.

The first is in the hills between Conegliano and Valdobbiadene (which you learned about in our first two Prosecco episodes) and the second comes from the lesser-known and smaller Asolo DOCG area it’s the focus of this week’s episode. Of course, all Proseccos must be made from at least 85% Glera grapes. 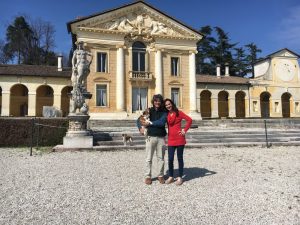 Asolo is a five mile long ridge across the river from the zones of Conegliano and Valdobbiadene. Asolo Montello is unique in that it also produces high quality red wines, Montello Rosso DOCG.

Now that you know a little bit about Asolo Prosecco Superiore DOCG we invite you to watch.

In this episode of Wine Oh TV, Monique Soltani travels to Asolo and takes a trip of a lifetime to one of the most unique and beautiful places on the planet. A hop, skip and a jump from Venice, Italy you will find the medieval town of Asolo, a treasure its own right. One trip to the “City of 100 Horizons” and you will see why Asolo is dubbed the “Pearl of Treviso.”

In addition to learning about the legacy of Asolo Prosecco Superiore DOCG, we take a trip to Villa di Maser. The UNESCO Heritage site is not only one of Andrea Palladio’s masterpieces, the owner producers his very own Asolo Prosecco!

Asolo (an Ernest Hemingway hideout) was a hangout for poets, artists and it’s so fascinating it’s even been turned into a verb.

asolare is an Italian word coined by the late-15th-century poet Pietro Bembo while he was spending time in Asolo at the court of Caterina Cornaro. The verb means ‘to pass time in a meaningless but delightful way.’ 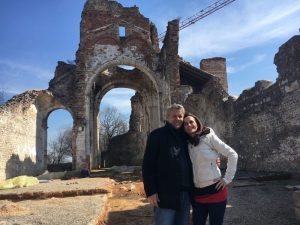 Then, we visit one of the battlegrounds of World War I and find out why a local wine producer is using his own money to rebuild the historic landmark, Abbazia di Sant’Eustachio.

UPDATE: The Abbazia was complete in May. Here are some recent photos of what it looks like now. WOW! https://www.facebook.com/Abbaziasanteustachio/ 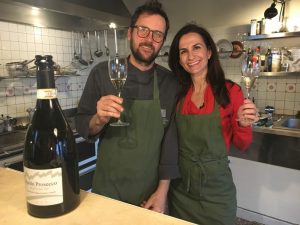 We finish this week’s episode with a food and wine pairing at Due Mori Restaurant in Asolo.

Monique gets a cooking lesson from Chef Stefano De Lorenzi, who some how manages to make every meal without electricity!

This is the third episode in a 5 part series covering the the wines and the world of Prosecco. Thank you for watching!