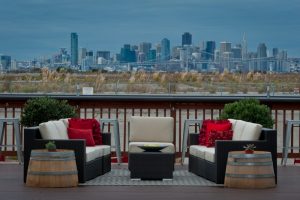 The New York Times recently dubbed Oakland “Brooklyn by the Bay” and San Francisco Magazine gave the East Bay city its very own issue The Oakland Issue. The hot press is putting the East Bay on the map, but ask any local and they will tell you the East Bay has always been the place to be, long before its new found popularity. Just across the bay from San Francisco, the East Bay offers up cutting edge art and music, fabulous food, world-class wine. 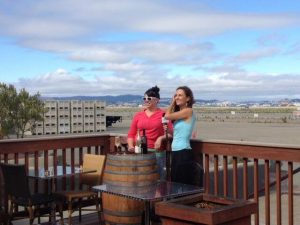 Wine pioneer Kent Rosenblum has known for decades the East Bay is where it’s at. The “King of Zin” clearly thinks the East Bay is in. Today a new generation of wine lovers are discovering the East Bay winemaking tradition that dates back to the 19th century, during the California Gold Rush of 1848. Hard to believe there are over 20 vintners in the East Bay who have turned their home into what is now known as Urban Wine Country. Just minutes from the heart of San Francisco, you will find family-owned wineries in Oakland, Berkeley, Alameda and Emeryville. 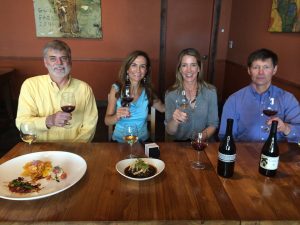 In this video, Wine Oh TV’s Monique Soltani takes the show on the road and shows us when it comes to food and wine, the sunny side of the bay shines. Watch the video for interviews with Shauna Rosenblum, food and wine pairing at Bocanova in Jack London Square and learn Oakland isn’t just home to the A’s and the Raiders. Oakland is also home to Tom Hanks and the Mai Tai. That’s right, the Mai Tai was invented in the East Bay not Hawaii.

The Rock Wall Wine Company represents a new chapter in the East Bay winemaking scene. Founded and operated by a small group of wine industry veterans, including consulting winemaker Kent Rosenblum and his daughter Shauna Rosenblum, the winery offers wine lovers one of the most unique experiences in the wine world.

The Rock Wall Wine Company is founded on the philosophy of the right grape in the right place and are the result of many long-term relationships with acclaimed vineyards Housed in a converted 40,000 square-foot airplane hangar the winery is located on what was once a Naval Air Base. Also known as Building 24, the hangar is due north of a defensive rock wall which made up the perimeter of the base. Taking their name from this protective wall, the Rock Wall winery building has been retrofitted with state-of-the-art winemaking equipment.