Everything You Need to Know About Zinfandel with Joel Peterson (VIDEO)

The Godfather of Zin & the History of California’s Heritage Grape 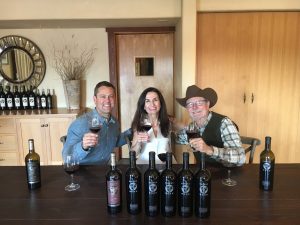 In this episode of Wine Oh TV, Monique Soltani gets a history lesson from the “Godfather of Zin”, Joel Peterson on California’s most famous grape, Zinfandel. For over 40 years, the Sonoma icon has been a trailblazer in American Zinfandel.

Joel reflects back on the early days at Ravenswood, takes a closer look at his legacy and the lineage of California’s heritage grape. Plus, he talks about passing the torch on to his protege, Director of Winemaking at Ravenswood Gary Sitton.

Gary, is a familiar face at Ravenswood Winery. He’s spent the better part of the last 15 years working alongside Joel making big, bold Zinfandel’s the winery is known for.

“It has been a wild forty year ride, starting with our first vintage of 327 cases made in a garage to our growth into a world class winery.” – Joel Peterson

Plus, Joel and Gary search the cellar for their favorite Zinfandel’s and unearth some affordable and unexpected treasures. Here are two we tasted on camera!

2015 Ravenswood Old Hill Vineyard Zinfandel Sonoma Valley, $60  Ravenswood Tasting Notes: The 2015 Old Hill is a wine that is refined, but assertive. Powerful ripe aromas of mint, cedar, vanilla, and dark chocolate are underpinned by the full fruit character of Bing cherries and black raspberries. This is an extremely alluring wine that is attractive now but, as most past vintages from this vineyard have demonstrated, will continue to get more interesting for many years. 900 cases produced

“Together, we look forward to honoring Ravenswood’s legacy and toasting to the next 40 years.” – Joel Peterson