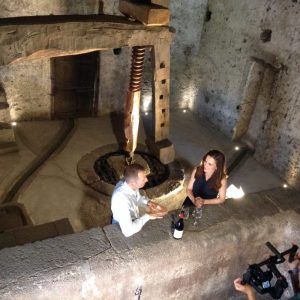 Jancis Robinson called Etna the “burgundy of the Mediterranean” nearly 10 years ago, but it took a while for the rest of the wine world to catch on.

Today, any top Somm will tell you Etna wines are some of the hottest and most sought after wines in the world right now. So what makes these Sicilian wines shine?

In this video Wine Oh TV’s Monique Soltani heads back to Sicily. This time to the east side of the island to explore the Etna wine region with Federico Lombardo di Monte Iato of Firrato Winery. 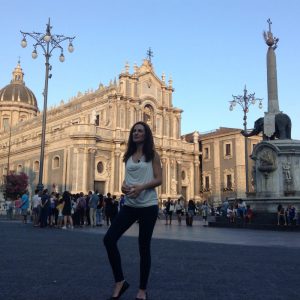 Our adventure begins in Catania. Sicily’s second biggest city is located on the east coast of the island and at the foot of Mount Etna. The city has been buried by lava a total of seventeen times in recorded history. 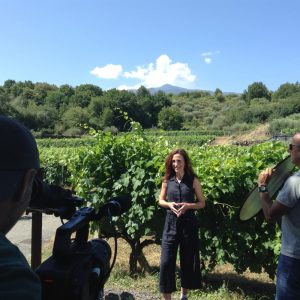 Then it’s off to explore the vibrant volcano wine region. Mount Etna is the largest active volcano in Europe. The landscape ranges from barren black lava to lush vineyards, and is home to one of Sicily’s most exciting wine regions.

The majority of Etna reds are made from indigenous grapes: Nerello Mascalese and Nerello Cappuccio. 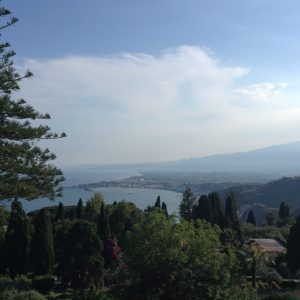 The whites are produced from Catarratto, Carricante, Trebbiano and Minella grapes.

We finish our epic adventure with an elegant food and wine pairing in Taormina. A popular hilltop town on the east coast of Sicily.