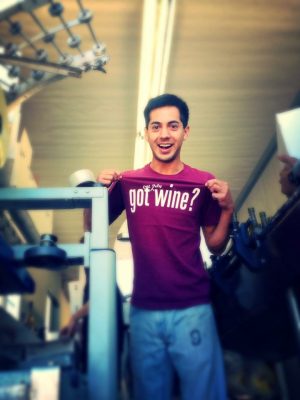 Miguel Lepe, winemaker and owner of Lepe Cellars, was born and raised in Salinas, first generation of Mexican immigrants who came here seeking opportunity for their family. The engaging and earnest 28-year-old is the first of his family to attend college and the first to start his own business. In fact, his is the first fledgling Monterey winery to be launched via Kickstarter.

A class at Hartnell College that included an eye-opening field trip to local Monterey vineyards, awakened his desire to pursue a career in the wine business. After pursuing a degree in enology and viticulture at Cal Poly, Miguel’s first harvest was at Claibourne & Churchill in Edna Valley in 2009. There, he learned how to drive a forklift for the first time, run the crusher-stemmer and operate the press. It was a fundamental foundation for his winemaking skills and he couldn’t have learned how to make aromatic whites, like Gewurztraminer and Riesling, from a better winemaker than Colby Parker-Garcia. 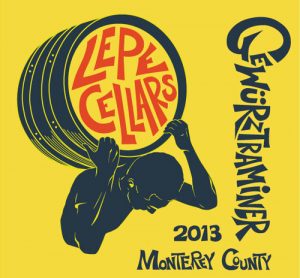 Then it was on to a much larger winery, Sylvester, in Paso Robles, for the 2010 harvest, followed by a stint as a cellar worker at massive Justin, where he worked in the new winery they had just completed. Here, he was given the freedom to work unsupervised, which gave him new confidence. After Justin, Lepe headed south to take an assistant winemaker position for the 2012 harvest, after which he decided to come back home to Salinas. He was fortunate to land a gig with Peter Figge of Figge Cellars in Marina.

After the 2013 harvest, Figge encouraged him to work crush overseas, so off Miguel went to Chile, where he had a most outstanding experience learning techniques for processing Sauvignon Blanc from a very accomplished winemaker. Miguel indulged his love of travel, visiting Easter Island and Machu Pichu.

Figge then asked Miguel if he’d like to start his own brand. Miguel wasn’t sure he wanted to move past the “just for fun stage,” but he told himself, “If I don’t do this now, I’ll wish I had.” And so, he’s been pursuing his dream ardently ever since, obtaining his business license in February of 2015 and his bond in June. He captured the essence of the effort required to start one’s own brand in his label artwork, which essentially depicts him as Atlas, bearing up the world on his shoulders, only this time the world is a barrel of wine.

Turning to Kickstarter, Miguel launched his pitch on social media in July of 2015, looking for $8k in order to buy grapes for the 2015 harvest, pay legal fees, license fees and taxes. As he said in his video promotion, “Even though I haven’t even started selling my wine yet, the state is still asking for money.” 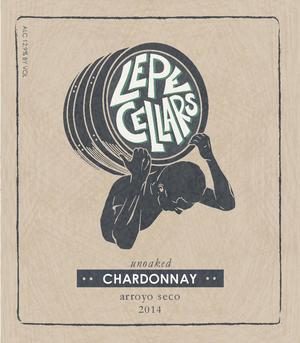 Fortunately, 31 encouraging souls pledged financial support in the range of $50 to $1k to help Miguel fund his fledgling brand. Although most were from California, he had two people from the east coast pitch in, too. It’s a testament to the power of social media and the enthusiasm for a new wine brand.

Miguel is super excited to have just won a Gold for his 2014 Unoaked Chardonnay at the 2016 San Francisco Chronicle Competition. The wine was previously rewarded with a Silver at the Grand Harvest Awards. He’s especially thankful to have won Gold for wine made with Chardonnay grapes that were donated to his cause by Jeffrey Blair of Blair wines. Miguel will be pouring the Gold medal Chardonnay at the public tasting of the Chronicle winners on February 13 at Fort Mason in San Francisco.

In bottle and awaiting release is a Riesling from the Zabala Vineyard, and in barrel is a Zinfandel he acquired from a very generous vineyard owner in San Antonio Valley, the Wellong Vineyard.

“People have been so kind and generous to me. I’m very fortunate.”


Lepe is extremely grateful to all who have made his foray into the wine business possible. As he points out in his blog, “I’m not just a winemaker anymore. Now I must improve my skills in website development, accounting, sales and marketing…oh and the scariest of all – public speaking! I am the face of Lepe Cellars and I not only represent my brand, but my family as well. I hope during the process and lifetime of my brand I will make all of my supporters proud and I encourage all of you to always follow your dreams. Remember, no matter how hard you fall, always get up and try again.

Words from a wise young man with a dream, a plan and few dozen kind-hearted fans.