Left off from last time, I am desperately trying to save myself from some of the most frightening Halloween monsters of all time by recommending some wines that I think they might enjoy (and help them forget about killing me!). To read about my plight to escape these Halloween movie monsters with wine pairings Click Here! (If you dare) With a wine bar menu in hand, I make my next wine recommendation for The Wolf Man. 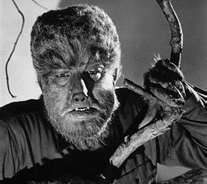 The Wolf Man is a tragic story of Lawrence Talbot, a man bitten by a wolf and now doomed to turn into a werewolf at every full moon. When transformed, he goes out and stalks and kills people. In the morning, The Wolf Man is transformed back to Lawrence Talbot who vaguely remembers his nights of pillage. He is finally killed by his own father who thinks he is killing The Wolf Man. When he begins to die, The Wolf Man slowly turns back into Lawrence and his dad realizes that he killed his own son. Released in 1941 by Universal Pictures, The Wolf Man laid the foundation for werewolf movies such as The Howling and An American Werewolf in London. Because The Wolf Man was carnivorous and loved to eat (human) meat, a nice meaty Pinot Noir would most certainly hit the spot for the Wolf Man.

Wine Pairing: 2009 Schug, Pinot Noir, Carneros, California. With notes of bacon and fresh cut herbs and just brewed tea leaves, this Pinot Noir has tar and fresh strawberries and plum on the nose. 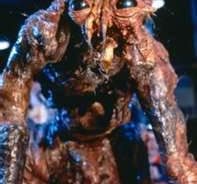 The Fly is a story about Andre, a scientist working on a matter transmitter. After a few experiments, Andre tried the transmitter himself. Just as he stepped into the disintegration chamber, a fly also flew into the chamber. Helene, his wife, discovers her husband who is transforming into a fly. His atoms have become mixed up with the fly and now he is unable to reverse the procedure. His saliva is his deadly weapon and anything he drools on melts away, including limbs. Andre’s transformation into a fly leads to his ultimate death at the hands of his wife who can’t stand to listen to his pleas to end his life. Before Andre completed his transformation he, like most flies, probably loved all things sweet. A final glass of wine would most undoubtedly be anything with residual sugar. 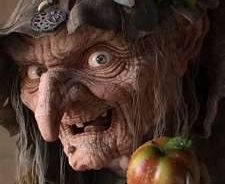 Witches were widely believed to have teamed up with the devil and used their powers to harm people and property. So hated, innocent women who thought a little differently were accused of being witches and burned at the stake. Today, they are harmless Halloween caricatures. During Halloween, witches are known to haunt abandoned buildings, stir cauldrons of evil potions, cast spells, wear pointy hats and boots, fly on a broom, and have long warty noses. Cackling away, witches like to create interesting blends and liquid concoctions in their cauldron. They most certainly would enjoy a blended wine with an unusual name! 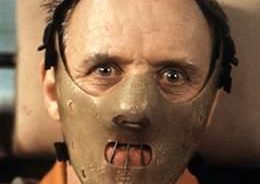 Dr. Hannibal Lecter, once a brilliant psychiatrist, became a murderous cannibal. A young FBI agent, Clarice Starling, is assigned to help find a missing woman to save her from a serial killer, Buffalo Bill. By befriending Hannibal Lecter she hopes to gain clues to the whereabouts of Buffalo Bill. Buffalo Bill was once a former patient of Hannibal Lecter and he will only help Starling if she feeds him details about her own complicated life. Hannibal Lecter has many famous lines from the movie Silence of the Lambs, but one needs to look no farther in this quote when inquiring about Hannibal’s favorite wine: “A census taker once tried to test me. I ate his Liver with some fava beans and nice Chianti.”