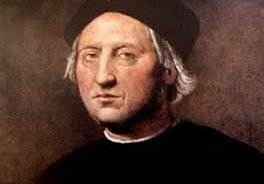 Prior to Christopher Columbus making his way to The Americas, Native Americans roamed these great lands. They survived living off the land by hunting, fishing, and foraging for edible plants, berries, and nuts. While there is no record of Native Americans making wine, they did have the capability to do so because wild grapes were plentiful. Wild grapes are typically much smaller than today’s farmed grape, but they are still very flavorful and attract an abundance of wildlife, including people. The wild grapevines also provide great nesting places for birds, and as a thank you to the vines, birds drop seeds as they fly from place to place, propagating the wild grape species. 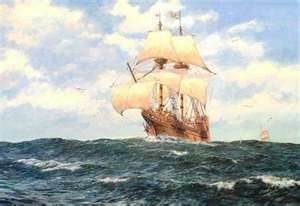 The pilgrims took off on a voyage to America on the Mayflower, a vessel capable of carrying 180 casks of wine. Once other explorers began to follow in their footsteps, many began to chart, log, and record their findings. A navigator, Giovanni de Verazzano, searching and discovering various plants and wildlife was the first to document grapevines growing in The Americas in 1504. He noted large, white grapes that grew vigorously in the area of North Carolina. This was then confirmed again in 1585 in a letter from another English explorer about a white grape discovered, which was believed to be the Scuppernong (and indigenous grape varietal). There was great importance in discovering native grapes as France had already established a firm reputation of growing and producing fine wine and those efforts were intended to be duplicated here for the colonists to live off of and enjoy. 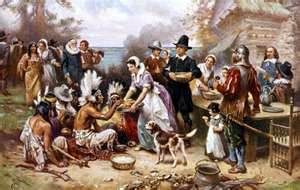 Eventually settlers began to colonize and trade routes across the Atlantic became frequent. Seeds and cuttings of grapes and various plants were brought back and forth and planted in small vineyards and farms in the Americas. Birds spread the seeds from the grapes of  the European grapevines. Those became intermixed with the wild native grapevines and this resulted in grape hybrids that are believed to be Concord, Niagara, and Catawba. But even though indigenous native grapevines were being replaced by European grapevines, they were still to play a part in the history of the world of wine. 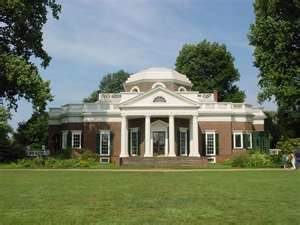 Later in 1807, Thomas Jefferson, an avid wine lover, planted extensive European grapevines at his home, Monticello in Virginia. He noted that the vines died at a very fast rate from phylloxera- a virus in the vines created by an insect. Unfortunately, he was unable to warn Europe as the insects and its eggs had already arrived by ship on the cuttings and root stock of vines  sent back and forth. The insects had spread all over Europe, decimating vineyards. Luckily, a French viticulturist made a discovery. He found that if European vines were grafted to Native American root stock, the European vines survived because the Native American vines were resistant phylloxera. Today, around the world, all European vines are grafted to American Native root stock prior to planting to thwart off phylloxera. Without Native American vines we would not be drinking wines like Cabernet Sauvignon, Chardonnay, or Merlot today!