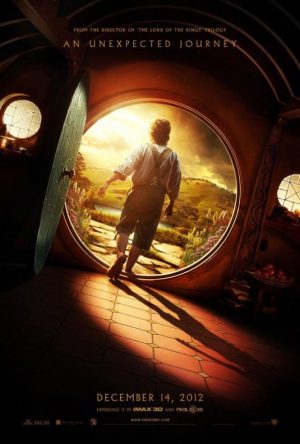 Slated for release in December 2012, Peter Jackson, academy award winning director, has brought his crew back to the wild outback of New Zealand to create his fourth movie in his Lord of the Rings series: The Hobbit: An Unexpected Journey. The official site of New Zealand tourism gives the impression that it couldn’t be happier with an official link on the site appropriately named “Home of Middle Earth” that takes you straight to Modor, or where the movie was filmed. Jackson used over 150 locations throughout New Zealand, including the rolling hills of Matamata on the North Island to create Hobbiton, to the resort town of Wanaka on the South Island to create the backdrop of River Anduin. As the site hints; you have plenty of places to visit and find Frodo. Not surprisingly, New Zealand has definitely seen a spike in tourism since the start of the trilogy a decade ago. Go online and many tourist sites now boast tours all over New Zealand that will whisk you away to abandoned movie sets and tours that will take you straight to Mordor (the Taupo region). There doesn’t seem to be a slowdown with the world’s interest in New Zealand and its relationship with Bilbo Baggins and every industry in New Zealand appears to have gotten a bump from the series, even the wine industry. 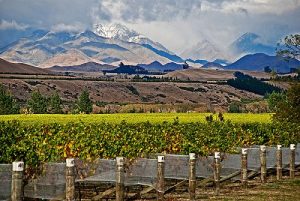 A once struggling industry, the wines of New Zealand seemed doomed, competing against the marketing force of Australia right next door. According to the 2009 New Zealand Winegrowers Statistical Annual, in 1991, only 358 wineries (called Cellar doors in NZ) were open for business. Fast forward to 2009, New Zealand reported over 643 wineries and growing. Predictions for 2012 look optimistic with over 112.6 million liters of wine aiming to be sent all over the world. Sauvignon Blanc now accounts for the majority of the wine grown in New Zealand, with Chardonnay and Pinot Noir close behind. Last year the United States purchased about $223 million in wine from New Zealand, up from $26 million purchased in 2000. Marlborough is the major grape growing region in New Zealand, as well as the largest area planted under vine. It is also were the signature varietal Sauvignon Blanc is best known. It sits in the Wairau Valley (very near the set for Drimdale and a small artsy community that made props for LOTR) that claims lots of sunshine with vines planted on alluvial soil. New Zealand has also seen quite a renaissance in winemaking, no doubt due to the massive amount of money that is funneling directly to them from their export market. Over the last decade improvements such as vineyard care, winery sanitation, and temperature control, as well as its infamous and unapologetic use of screw caps and stainless steel for wine maturation have been noticed. 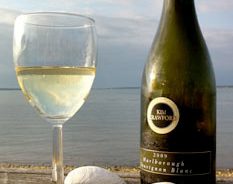 Want a great stay-at-home date night idea that will send you to Middle Earth? Dust off the DVD trilogy gift set and warm up the DVD player. But first, head to Trader Joes. Purchase some of their Lemon Pepper Papperdelle Noodles, fresh leaks, chives, asparagus, frozen shrimp, and garlic infused olive oil. Don’t forget a bottle of Kim Crawford 2010 Marlborough Sauvignon Blanc with notes of creamy tropical fruits such as passion fruit, guava, and lychee with a pinch of thyme. On the palate are fresh limes and tart apple and notable fresh acidity that lingers. It is mellow, but succulent and lush (retail $14.99). You won’t be disappointed! Hint: if you can’t find the New Zealand wine section in TJ’s, look under Australia (What’s up TJ’s? NZ should get its own sign!). Go home, chop up the vegetables, and boil the noodles. Toss everything together in a pan with the olive oil and unscrew the chilled bottle of wine. Another hint:to open a screw cap, wrap your entire hand over the entire foil, not just the top, squeeze and twist). Hopefully this great stay-at-home date night will take you not only a romantic spectacular cinematic journey, but to one of Mother Nature’s most beautiful treasures!