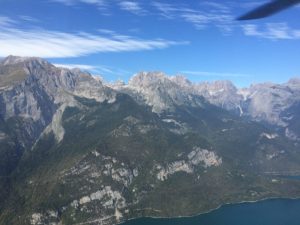 You might have heard reports earlier this year blaming global warming for changing the wine world as we know it. The report published in Proceedings of the National Academy of Sciences forecasts a drastic decline of wine production by 2050. The study claims climate change would impact traditional winemaking regions like California and Chile with Europe being hit the hardest. 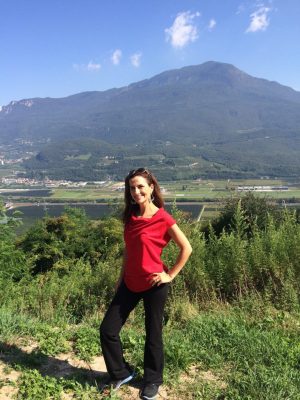 For people here in the states these stories might sound like scare tactics. However, winemakers in Italy and people who study the science behind the vine say global warming is for real and it really is going to impact your favorite bottle of wine.

Wine Oh TV’s Monique Soltani takes the show on the road and travels to the Trentino wine region in Northern Italy to learn about the wines from Trentodoc. It’s there where she meets the family behind Ferrari wines who say the temperatures are on the rise but don’t fret they have found the secret weapon to global warming.

This is the first video in a three part video series reporting from Northern Italy. In our next videos we will learn about the wines from Trentodoc and visit Venice, Italy. Last but not least we will get up close and personal with the Lunelli family the face behind Ferrari wines.

Monique Soltani: In Europe, global warming isn’t just a fairytale. It’s a reality. And winemakers here, in northern Italy, are preparing now to protect the future.

Alessandro Lunelli: Global warming is definitely a huge, huge massive problem, and it’s not totally about wine. To be honest, I’m personally worried about that. I got a two years old girl. And I feel, really, we have to give our kids a better world. And we are not doing enough about it.

Monique Soltani: A study published in the proceedings of the National Academy of Sciences earlier this year found global warming would make it harder to grow grapes around the world. With a drastic decline by 2050, predicting Europe would be hit the hardest.

Marcello Lunelli: The last 30 years, the average temperature here in Trentino increase 1 degree Celsius more than in the last 2000 year.

Monique Soltani: For the Lunelli family, the face behind Ferrari, Italy’s oldest and largest champagne-style wine producer, the future is now.

Marcello Lunelli: 30 years ago, the harvest in Trentino started at 10th of September. Now, the average is 25 of August.

Monique Soltani: The University of Milan’s professor of viticulture says, via translator, “The cause is still unclear. But the climate is changing, and so should we.”

Attilio Scienza: For sure, a reality. And what we do not know, however, is the reason or the cause for the climate change. We must to try to change our style of living because we’re actually wasting too much, and we’re consuming too much. And we really must change all this.

Marcello Lunelli: Try to think that 1 degree Celcius means that to have the same characteristic and the same climate, the vines must be cultivated 150 meters higher. Our generation program, in our life, is to move all the vines more than 100 meters higher to contrast this increase of the temperature. We are lucky because in Trentino, we have the mountain. Other country in Italy and in the world, they don’t have the mountain.

Camilla Lunelli: The mountain is key not only for the elegance and freshness of our wines, but I think it’s a bit like an insurance on the future for us. Because global warming is an evidence worldwide. The French are going to plant vineyards North and Northern. Like British sparkling are becoming more appealing, just because for having a complex méthode champenoise, metodo classico, you need to have a very cool and fresh climate. So the last vineyards we have planted in the last years are much higher than we would have done 30 years before.

Alessandro Lunelli: It’s about having a family and a business. You have long, strategic plan. And you don’t think about tomorrow. You think about the next generation.

Monique Soltani: There are only about 220 master sommeliers in the world. Virginia Philip is one of them. And she’s confident this won’t be the end of the wine world as we know it.

Virginia Philip: I think the cool climate regions such as Champagne – a little bit of Burgundy. We’re starting to taste it, I think. But otherwise, it’s not here quite, quite yet. It’s coming. I think there’ll definitely be some ramifications from global warming. But I don’t know how severe it will be – probably not that severe. I think we’ll still be here in 2050 talking about wine.

Marcello Lunelli: The life of a winery, the life of the agriculture under the sky – you have to do the best. But of course, the nature make his life, and you have to accept it.

Thank you to Ferrari and Gregory White PR for inviting me on this trip and making it possible for me to share what I learned with all of you!