In this episode of Wine Oh TV, Monique Soltani shares a sip with John Jordan of Jordan Winery. Watch and discover how focusing on three things for four decades has helped Jordan Winery become one of the most adored wine brands in the world. 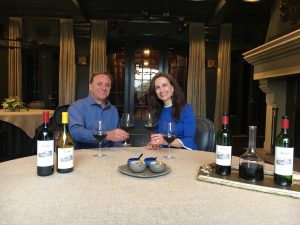 A lawyer, pilot, “dog-father”, CEO, talk-show pundit, polyglot, techie, and a vintner; these are just some of the titles John Jordan carries. If you ask him to pick just one (I didn’t), I think he would pick a land lover.

He lit up when he spoke about his iconic estate, a preserved natural habitat, and home to more animals than we could count on camera.

The 1,200-acre sanctuary (open to the public since 2013) is surrounded by grapevines, olive trees, a glorious garden, and home to a French inspired Chateau where they focus on Alexander Valley Cabernet, Russian River Chardonnay, and out of this world hospitality.

Over 40 years ago, a couple of Francophile’s from Colorado, made their way to Sonoma County, where they created one of the most famous and talked about wine brands in the world. From Mommy Bloggers to Lebron James, literally everyone is talking, tweeting, and instagraming about Jordan Winery. Jordan winery has managed to keep up with the times, by always staying true to its roots.

Tune in as they taste the 2015 Jordan Cabernet, aged in 100% French Oak for the first time, and available to the public on May 1, 2019. Watch and discover how focusing on three things, for four decades, has helped Jordan Winery become one of the most adored wine brands in the world. 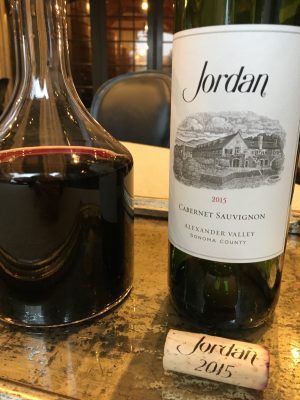 About the Wine from Jordan Winery: Aging entirely in French oak barrels for the first time in Jordan’s history played a pivotal role in this wine. Jordan Cabernet Sauvignon historically was aged in a 50-50 mix of French and American oak barrels, as a tribute to the wine’s European inspiration and American roots.

However, in 2005, when John Jordan took the reins from his parents to become the winery’s CEO, we set a plan in motion to transition to entirely French oak barrels to better complement the shift in the winery’s vineyard sourcing away from valley-floor fruit. The proof is in our 2015 Cabernet, which exudes a great fruit character and fine structure that French oak supports and elevates—a truly classic vintage.