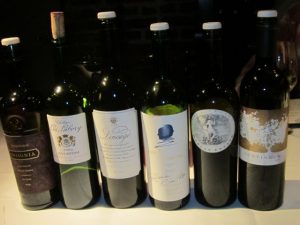 Learn about Livermore Wine: There is nothing like blind tasting wines with a group of “experts.” Recently, I had the great pleasure to blind taste a series of 2009 Cabernet blends from the Northern Hemisphere with colleagues Virginie Boone (Wine Enthusiast), Randy Caparoso (Sommelier Journal), Mike Dunne (Sacramento Bee) and W. Blake Gray (The Gray Report), along with Stacey Orozco and Paul Wagner (Balzac Communications & Marketing), and the Steven Kent Winery team, Jennifer Fazio, Tracey Hoff, and Steven Mirassou. The setting was the lovely wine room at Jardiniere, a truly welcoming backdrop for such an august occasion. 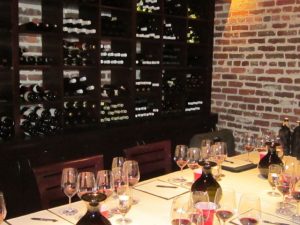 For starters, all the wines looked beautiful in the glass: no brown edges, no signs of decrepitude. Most displayed aromatics that gave strong indicators of their inherent Cabness. Because we knew they were blends, I think we all expected that one clear quality that a blend should have: balance. Or, put another way, wholesome deliciousness.

Of the seven wines, four of them possessed the inherent gearbox range befitting a wine capable of rapid acceleration from one level to the next. Without that gearbox, wines tend to remain at a plateau, droning on with an annoying buzz, never offering the interest in the mouth that is typical of a well-crafted blend.

Wine A was fairly balanced, somewhat heavy and overly tannic. Next was Wine B, which was certainly tight and grippy, possessed of ample green weediness. Wine C was lauded for its lightness of foot, its bright, sweet fruit and energy, and lingering finish. Wine D was universally praised for its engaging aromatics, fleshy complexity and great mouthfeel. Nobody felt the love for Wine E, which was nasty on the nose, scouring on the palate and pretty much undrinkable. Wine F was liked by one writer more than others: it was a bit over the top in that California richly ripe style.

When asked to vote for their faves, the winner was Wine D, followed fairly closely by Wine C. Nobody picked Wine B or E as their faves.

And the Winner Is…

Wine B: Château Cos Labory, Saint-Estèphe ($50) 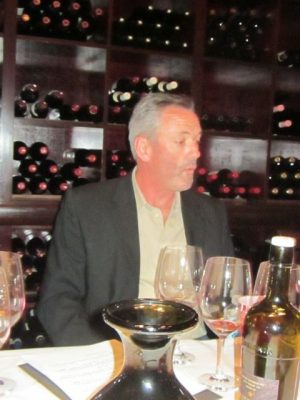 What does this prove?  When tasting blind, the prejudice of price and label influence is put aside, and each taster’s own internal prejudices and biases take over. That Lineage, a blend made of 100% Livermore fruit by  winemaker Steven Mirassou, scored so highly at least proves the point that Livermore is making Bordeaux Blends that are worthy of consideration along with those from well-known Napa powerhouses.

Personally, I think the path Lineage is on bodes well for Livermore and its ability to craft excellent, appealing Bordeaux blends, and I hope to see more of them. Thanks to Steven Mirassou for throwing down the gauntlet, and thanks to those who are stepping up to the challenge, including Collin Cranor of Nottingham Cellars, whose excellent “Supremacy” blend is mighty impressive.