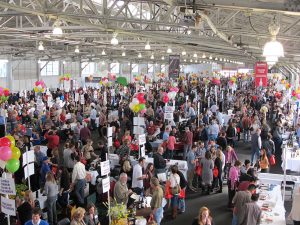 Once again a Livermore wine takes the lead! Congratulations to the guys named “Steve” at 3 Steves Winery in Livermore Wine Country for winning best red wine at the 2014 San Francisco Chronicle Competition for their 2011 Cienega Zinfandel! Wow, that’s the second Best of Show in the last three years for a Livermore wine. Two years ago, it was McGrail Vineyards and Winery sweeping it for their Livermore Valley Cabernet.

Steve Burman of 3 Steves says they found out about the honor in a rather unusual way:

“Amazing how we found out. Collin (Cranor) from Nottingham Cellars shows up yesterday while Zig and I are pouring in our winery tasting room. Brings in a bottle of champagne and plops it on the bar. Says it’s time to celebrate our award and tells us what we won. What a great guy. Humble and killer good wines. Doesn’t even tell us he won three golds and a silver medal himself for the four wines he entered! Big potential for our region I think. Proud to be a part of this community.” 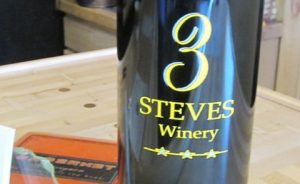 Incidentally, the 3 Steves also scored Chronicle Silvers for their 2012 Livermore Valley Chardonnay and their 2011 Cabernet Franc, which also made it to the finals at the upcoming Cabernet Challenge, and the Steves will be appearing on a terroir panel this Saturday, at The Old Mint, in San Francisco. Steven Mirassou will also represent Steven Kent Portfolio on the same panel. Seminars begin at noon. See below for more info.

Thomas Coyne, the venerable label that recently moved from their longtime digs on Vallecitos Road to a new home on Research Drive, was four for four at the Competition, scoring a Double Gold for their 2009 Petite Sirah from El Dorado, and Silver medals for the 2011 Quest Rhone Blend, 2009 Grenache and 2010 Quest Reserve. Congratulations to Tom and Emilie.

Darcie Kent Vineyards came out of the gate with a Gold for the 2011 Monterey appellation Riva Blackjack vineyard Gruner Veltliner and Silvers for the 2012 Demayo Vineyard Chardonnay, the 2011 Pinot Noir from Monterey, and the 2010 Livermore Valley Crown Block Red Wine.

Harris Tesla scored Silver for the 2009 Livermore Valley Harris Tesla Estate Cabernet Sauvignon, and Bronze for the 2006, which is really tasting great right now with some bottle age, so they must be after fruitier Cabs at the Chron these days. Seriously, for $24 a bottle, these are some of Livermore’s best values for really well made 100% Cabernets.

Former winemaker, Charlie Kidd’s efforts paid off big time for Las Positas Vineyards with Gold for the 2011 Livermore Valley Estate Syrah, and Silvers for the 2010 Meritage and 2011 Estate Petite Sirah. We know current winemaker, Brent Amos, will rock it next year with the 2012’s he finished off and the 2013’s he’s about to bottle.

Longevity Wines posted some solid Silvers with the 2010 California Phil-osophy and the 2010 Lodi Petite Sirah, plus a rafter of Bronze winners as well.

Murrieta’s Well, in addition to the BoC for the 2011 Petit Verdot, brought home Gold for the 2012 Whip, and Silvers for the 2011 Livermore Valley Los Tesoros Touriga Nacional, the 2011 Spur, and the 2012 Los Tesoros Semillon Chardonnay blend. The latter is something more wineries need to explore. The marriage in Livermore of these two white grapes is magic.

Congratulations to all the winners! I didn’t list all the Bronze medalists, of which there were quite a few, so please accept congrats even if your name wasn’t listed here. There’s no doubt about it, Livermore is a hot property right now.

If you want to taste a good number of Livermore Cabernets that made it to the Cabernet Challenge finals, along with a slew of other great Cabs from artisan producers, get tickets for this fabulous event in San Francisco this Saturday, from noon til 4pm. Take part in a blind tasting where you can vote for your favorites, attend seminars where you can taste and learn from the best out there, and take home new discoveries. 3 Steves, Auburn James, Enoteca Five, En Garde and Steven Kent are among the Livermore wineries that entered the Challenge and will compete for top honors in the blind tasting.