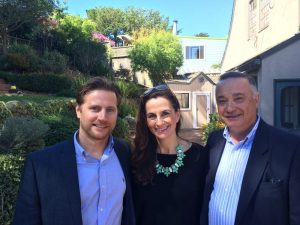 When you get invited to have lunch with Argentina’s father of modern winemaking, in the fabulous home of Deborah Parker Wong, to taste some of the best Argentine wine around, you show up! Now say you just had twins seven weeks prior, and you are technically still on “maternity leave”, and you still aren’t cleared to carry anything heavier than your baby (or in my case babies) you STILL show up! And that’s exactly what I did.

Leaving the little ladies at home, I packed the Prius, the iPhone (gotta show off those adorable twin pics), and headed for the hills hoping to reach new heights, Golden Gate Heights that is! This was my first wine event in months and the Argentine wines and the company did not disappoint. The lunch in question honored wine legend,  Jose “Pepe” Galante, in celebration of his 40th harvest.

“The best Chardonnay that comes out of Argentina comes out of Jose “Pepe” Galante’s hands.” Matías Bauza Moreno, M.P. Wines and Salentein 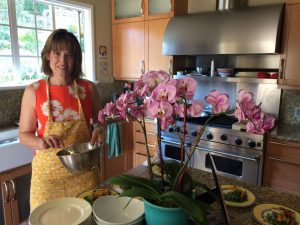 During the lunch Galante served his line up of Bodegas Salentein wines. The Uco Valley (Argentina’s top winemaking region) wines paired perfectly with the meal prepared by the impeccable Deborah Parker Wong. I always knew Deborah was a Wine Oh, but I had no clue that she had so many crafty culinary creations up her sleeve.

With 40 years of Argentine winemaking under his belt, Galante is credited with being the first to bring Argentine fine wine to America. Galante’s worked side by side with some of the most important names in the wine business. In the 1990s, he joined Paul “the Steve Jobs of wine” Hobbs to create superior quality Argentine wines which would stand on the world stage and compete with the best wines on the planet.

“He is a master of elegance and power with a repertoire as rich in whites as it is in reds. He is Argentina’s greatest winemaker of our times.” Paul Hobbs, Winemaker (quoted in Somm Journal) 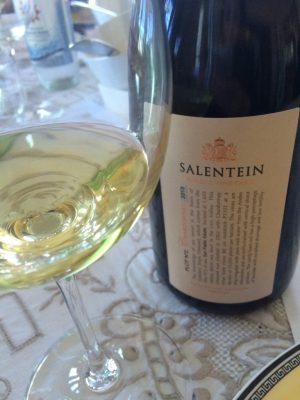 The Argentine wines we tasted were a glimpse of Galante’s vision of the best wines that Argentina can produce. All the wines were out of this world and an excellent value for the money.

If I had to pick two (according to my Grandma I don’t HAVE to do anything but pay taxes and die) the 2013 Single Vineyard Chardonnay, $50 and the 2012 Numina Gran Corte, $40 were my favorite.

It’s been said that the best Chardonnay that comes out of Argentina comes out of Pepe’s hands. My palate backs up that claim. Numina means spirit and the Malbec dominate Bordeaux blend represents the essence of the estate.

Now to the food and Argentine wine pairings. Enjoy!


Since its debut vintage ten years ago, Bodegas Salentein has forged an enviable reputation worldwide for producing award-winning, premium quality wines. The estate’s winemaking team, led by the near-legendary José Galante, is one of the most revered in Argentina. Together, they strive to combine artistry, creativity and passion to craft wines that capture the finest terroirs of the Uco Valley in the famed Mendoza region. Today, Bodegas Salentein ranks among the top seven most important wine estates in the country.

Killka, the latest creation from Bodegas Salentein, is named in honor of the Killka Gallery, Salentein’s world-renowned and award-winning center that was built to showcase the region’s arts, culture and gastronomy. Each label is adorned with one of the paintings from the gallery’s permanent collection.

Killka is produced at the Salentein winery, just steps away from the Gallery. Designed by leading Mendoza architecture firm, Bormida &Yanzon, the facility is a uniquely cross-shaped structure with a central chamber. Each wing of the cruciform houses a single, self-contained bodega on two levels. Stainless steel tanks and French wood vats for fermentation and storage are on the ground level, while underground cellars and oak casks for aging are located on the floor below. Wine flows between each level, and from tank to barrel, via a natural gravity-flow system which reduces damage to the grapes.

Bodegas Salentein has helped pioneer wine tourism in the Uco Valley and now receives 20,000 domestic and foreign visitors every year. Along with the Killka Center and the winery, the near 5,000-acre private estate in the breathtaking foothills of the Andes also features the exclusive Posada Salentein guest house, a 125-acre nature preserve and the Chapel of Gratitude. All were built by regional craftsmen using local materials and incorporating indigenous architectural features. In fact, every element of Salentein underlines the stated goal of this very progressive winery: to make high-quality Argentine wines, while respecting and supporting the people, nature and community from which the wines are created.