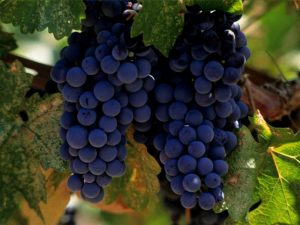 Once upon a time, there was a little known chateau, just east of Bordeaux that lived amongst the shadows of many impressive French castles. Owned by the Arnuad family for over two centuries, this tiny 17 acre parcel sat on top of a plateau at the highest elevation in the region of Pomerol. Named after the rock that it sat upon, this chateau made mediocre wines that palled in comparison to its austere neighbors in St. Emillon or Marguax. Eventually the family decided that it could no longer afford the venture and sold off shares to the public. Madame Loubat, who already owned another chateau in Pomerol, slowly acquired all the shares. Disappointed that Pomerol chateau weren’t included in the 1855 Classification that ranked all the top chateau’s, Madame Loubat decided to improve the quality of her wine at her newly acquired chateau. But, more on that story a little later…. 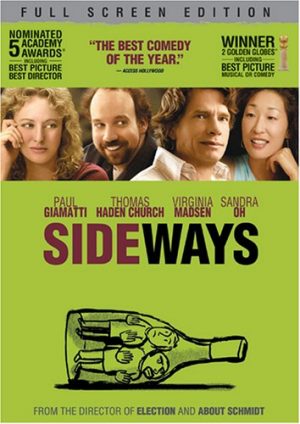 Meanwhile, across the pond, and a few decades later, a little known movie named Sideways was being released to critical acclaim. It was a story about Miles Raymond who takes his friend Jack on a wine weekend getaway as an acknowledgment of his final days as a bachelor. As the film became more popular, little did the wine industry know that this quirky, funny, smart, award-winning movie would change the US wine scene with one single line from Miles Raymond:

Jack: (Getting ready to take two women out to dinner)

“If they want to drink Merlot, we’re drinking Merlot”

Miles: “No, if anyone orders Merlot, I’m leaving. I am NOT drinking any fucking Merlot!”

And with that, Merlot became a washed-up has-been. Once a popular beverage in the 80s and 90s, people enjoyed its bright fruit, mild tannins, and soft flavors. They enjoyed the black cherry, berry, plum, and chocolate notes with scents of violet and rose. With age it develops spicy notes of clove, bay leaf, and cigar box. Merlot was sometimes compared to a voluptuous woman who grew better with age! Devastated by the impact of the movie Sideways, a movie named Merlove was produced to counter the devastating effects that the movie had on Merlot. Filmed in documentary style, industry moguls were interviewed about Merlot and collectively they felt that the vine doomed itself. Thousands of acres of Merlot were planted to sustain everyone’s love of the “everyday” wine, but low quality vines were being planted in the wrong places in mass quantity. A slow comeback, the movie hinted that Merlot has started to its eventual climb up, charming people back to its luxurious flavors once again.

Now back to the story… Madame Loubat knew that lower crop yields raised the quality of the grapes, as well as hand harvesting, sometimes making two to three passes on the vineyard per day to make sure the grape clusters were optimal. Picking only in the afternoon when the morning dew had evaporated, she knew the old vines she purchased could produce something great and her instincts were correct. In the 1953, Madame Loubat sent a case of her Chateau Pétrus to Buckingham palace to be served during the coronation of the Queen and they were chosen! Soon after, Pétrus wines became a status symbol in the US as well as globally. Today, now owned by Jean-Pierre Moueix, Pétrus has now become one of the most expensive and sought after wines in the world with prices fetching up to $3000 per bottle and it’s are made from…you guessed it.. almost 100% Merlot!

If you ever want to venture out and try a great Merlot, but don’t know where to start, try a Picazo Merlot. While they are pricy (suggested retail $80), they will no doubt answer any questionable doubts you may have about Merlot. Grown in the Livermore Valley, this Merlot has notes of blueberry, vanilla, and subtle sweet spices with an oaky nose that hints at French oak. This wine can be found at specialty stores as well as online. Better yet, schedule a private tasting with the winemaker Mark Clarin who is quite the charmer and taste his entire flights of delicious wine!