Monterey Wines Take Off at Party in the Hangar 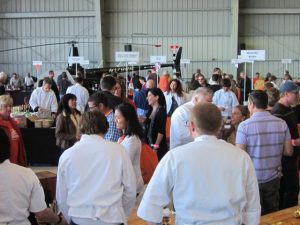 From take off to landing, the 2nd annual Party in the Hangar at the Monterey Regional airport was high octane, barnstorming fun. What’s not to love about the usual sparkling suspects, Carraccioli, McIntyre and Scheid, with their distinctive, delightful Champagne-style bubblies? VIPs got to indulge in their nose-tickling sparklers, while the many local chefs put finishing touches on a full-throttle menu of amazing first class comestibles. Actually, probably much better than anything you’ve recently had in First Class, unless you’re flying on a private jet, many of which were buzzing in and out of Del Monte Aviation Center, while the crowd rev’d up to a fever pitch of satiation. 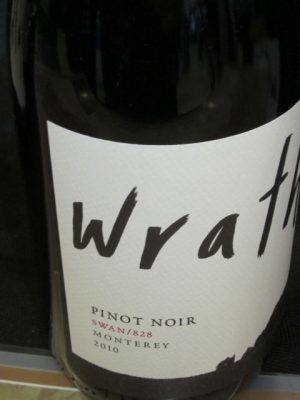 Among the highlights of this remarkable panoply of culinary extravagance were Chef Truman Jones with delectable savory cheesecake bites of spinach and sun-dried tomato with truffle, paired with the earth-kissed, savory-noted 2010 Wrath Swan/ 828 Pinot Noir, and Carmel Valley Ranch’s stew of calamari, fennel, onion and fresh tomato, served with pumpkin gnocchi, paired with the fruity, seamless and restrained 2008 Blair Estates Arroyo Seco Pinot. 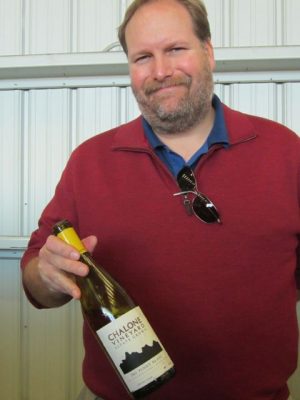 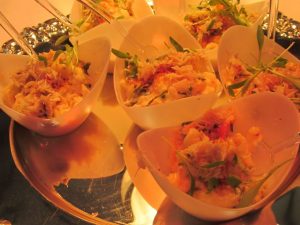 Ah, but the La Playa Carmel lobster mac n’ cheese made cozy, comfy friends with the lush, minerally, stone fruit-laden 2011 Chalone Chenin Blanc, and the crazy off the hook chicken fried bacon with a drizzle of balsamic from Sticks at Inn at Spanish Bay (inspired by Chef Todd Fisher), was almost tamed by the riotously raucous (in a good way) 2011 Grenache from Le P’tit Paysan, made by Ian Brand.

The mini Thanksgiving dinner plate by Williams Sonoma included bitsy bites of everything you’d love about that blessed meal, including pumpkin pie. A most righteous pair for that was the cherry pie and floral elegance of the 2011 McIntyre Vin Gris of Pinot Noir: a remarkably good choice for all the vagaries of a typical Thanksgiving dinner. 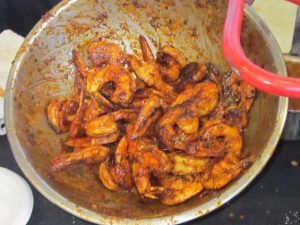 On the spicy side of life, Aqua Terra Culinary and Mann’s Fresh Vegetables presented juicy-tangy beef lettuce wraps, a lovely dancing duet with the 2010 Shale Canyon Cabernet Franc, which was spicy, smooth and svelte. Schooner’s Coastal Kitchen was searing up a huge pan of Cajun shrimp, dripping with red jumbo, finger-licking goodness. At that point, the 2011 Scheid Sauvignon Blanc or the 2010 Marin’s Vineyard Viognier would have come to the rescue. 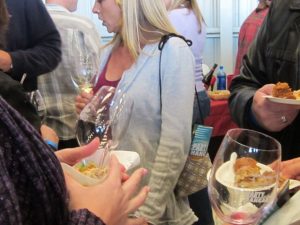 You could truly succumb to death by chocolate at this event, with Lula’s Chocolate, Marich Confectionary and Monterey Chocolate, all serving ample portions of their wicked wares. And just in case you didn’t have enough, Ultimate Sin Cheesecake twisted your arm. Truly the food was as attention-getting as the wines.

Monterey County is truly the candy store for some of the world’s most renowned wine brands. It’s nice to sample so many of them all in one place, along with delectable morsels graciously provided by the culinary champions that help make this place a magnificent magnet for tourists the world over. It’s an edible extravaganza of epic proportions!