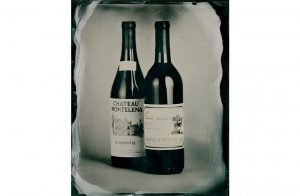 A bottle of 1973 Cabernet Sauvignon from Napa’s Stag’s Leap Wine Cellars, and a 1973 Chardonnay from Rutherford’s Chateau Montelena have officially taken their place in American history along side Neil Armstrong’s spacesuit and Abraham Lincoln’s top hat after being listed in “101 Objects That Made America,” compiled by the Smithsonian Institution. Both bottles of wine are on display at the Smithsonian’s National Museum of American History. In addition the wines are also in the book, 101 Objects That Made America, featuring 101 objects that curator Richard Kurin chose from the museum’s holdings of 137 million artifacts to illustrate this country’s history. 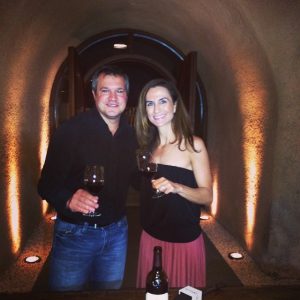 In this wine video, Wine Oh TV’s Monique Soltani visits Stag’s Leap Wine Cellars and chats with winemaker, Marcus Notaro and finds out how the award-winning 1973 S.L.V. Cabernet Sauvignon is making its mark on American history. She also reveals that Stag’s Leap Wine Cellars is having an impact on American pop culture as a Game of Thrones worthy wine.

Winemaker Notes: ARTEMIS Cabernet Sauvignon offers inviting aromas of red currant and cranberry mixed with hints of vanilla and dried herbs. On the palate, the wine has a soft entry with dried cherry, blackberry, currant and savory herb flavors. The wine has a medium-bodied mouthfeel with round, satin-like tannins.

What role did these wines play in American history you ask? Well if you haven’t heard of the Judgement of Paris here’s the Cliff’s Notes version. In 1976, nine French wine experts in a blind taste test comparing French and California wine awarded first prize, to their own shock, to these two bottles of Napa wine. The so-called “Judgment of Paris” led to a boom in California wineries, from 330 in 1975 to 3,754 in 2012. The event rocked the wine world and put the Napa Valley on the world map as a one of the great wine-producing regions.


“It’s an honor and a thrill to have a wine I made included among such historic and ground-breaking artifacts. Forty years ago, a small group of winemakers wanted to prove that we could make wines as good or better than anyone else. Today, the world holds California winemakers in high esteem … due, in part, to the the 1973 vintage and the Paris tasting.”

About Stag’s Leap Wine Cellars
From the beginning, the Stag’s Leap Wine Cellars vision has been to create wines that speak of the place from which they come, with distinctive elements of aroma, flavor and texture. These goals are realized in our three limited-production estate-grown Cabernet Sauvignons – CASK 23, S.L.V. and FAY—which are crafted from vineyards surrounding the winery. The same classic style of the Estate Collection is also expressed in the Napa Valley Collection, which includes KARIA Chardonnay and ARTEMIS Cabernet Sauvignon. More information about Stag’s Leap Wine Cellars and the historic Paris Tasting can be found on www.CASK23.com.

Stag’s Leap Wine Cellars has a long and distinguished wine reputation and is considered a Napa Valley first-growth estate. We are best known for our estate-grown Cabernet Sauvignons—CASK 23, S.L.V., and FAY. Over the years, these wines have become some of the most highly regarded and collected wines worldwide. They are fashioned to express classic elegance, structure, and ageability, and to reflect the place in which they are grown.

Founded in 1970, it was a time when the Napa Valley was undergoing a renaissance after the devastating effects of prohibition. Although there had once been some 140 wineries in the valley, there were fewer than 20 by the mid-1960s when a new spirit of excitement had returned to the Napa Valley. 5766 Silverado Trail, Napa CA 94558 (866) 422-7523