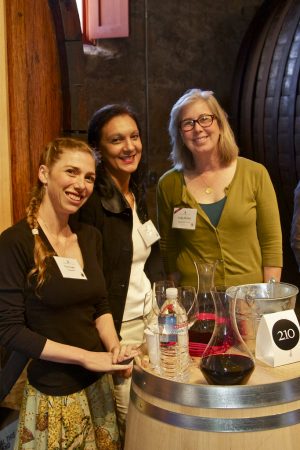 Why would someone pay that much money for five cases (60 bottles) of wine you ask? What does this show us: that the 2012 vintage is spectacular, the recession is over, or that the wines of the Napa Valley are practically priceless? Possibly all of the above. The person behind the paddle, was nice enough to answer a few questions for me about his record breaking purchase of the 2012 Scarecrow lot “Toto’s Opium Dream: Scene III”. Glen Knight of Los Angeles retailer The Wine House shows us why when it comes to wine “There is no place like The Napa Valley.”

Monique Soltani: What was your reaction when you won?

Glen Knight: It is tough to describe it, but ecstatic does not even come close! It had been two years since my father and I missed out on Scarecrow lot. We were the under bidders in PNV 2012. We did not want to fall short this year.

MS: How much did you think you were going to have to spend on the lot? Did you go over or under?

GK: We had met with Bret and Mimi, owners of Scarecrow, two days before the auction and tasted the wine. We also tasted the wine again at the auction on Saturday. I told Bret that $180,000 was where we would go if need be. Since, the prices headed higher all day at the auction, I knew then it was going to go over 200,000. We just went a little over, we were in a dog fight at the end.

MS: What does the record breaking wine say about Scarecrow Wine, the 2012 vintage and the wines of the Napa Valley? 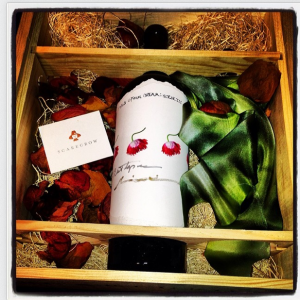 GK: My father and I have attended 15 of the PNV auctions. For us, watching Napa Valley grow over these years was just astounding. The 2012 Scarecrow lot “Toto’s Opium Dream: Scene III” will be the first of many to come. Their 2010 began the step two years ago. This wine is truly unique coming from one of the best and oldest vineyards in the valley, the JJ Cohn Estate. Bret, Mimi, Celia made one of the best wines I have had from Napa Valley.

As for the 2012 vintage, the Scarecrow lot was an exciting example of what people are thinking about this vintage. Look at the prices for the Schrader, Shafer, and ZD lots. The pricing in the whole auction was about double last year. The wines and the vintage of 2012 Napa wines was well received by some of the top wine buyers, sommeliers, and distributors in the world. There has not been so much excitement in a vintage since the 2001 and 2007 vintages. This auction put an explanation point on how Napa Valley is perceived in the world.

MS: What are you going to do with the wine? Will you save a bottle for yourself and the rest of the team? Resale price? What’s the demographic of the customers you anticipate buying the wine?

GK: We are going to offer the wine to our customers. This is a special wine which deserves to be shared with as many people as possible. Yes, we only have 60 bottles. The resale price will be $5400 a bottle or $13,500 for a 3 pack. (Our Cost) When we were bidding, we saw this as the retail price. Because of the press, were are already getting emails and phone calls from customers, interested in obtaining a bottle or two for their cellar. My father will be keeping a 3 pack for his cellar. This will be remembered as a very special day for our family.

MS: Prior to the Scarecrow lot what wines have you bought in the past and how much did you pay for them?

GK: Previous to Scarecrow, the Top grossing lots we have purchased were the DANA Estate Lot, Spottswoode, Shafer Hillside Sunspot, and Joseph Phelps.

I tasted the Scarecrow Wine at the barrel tasting before the auction. I agree the wine was enchanting but the thought of spending more on one bottle of wine than I paid for my entire college education leaves a bit of a bad taste in my mouth. But then again I won’t even buy a dress unless it’s at least 30% off. Obviously, I’m not the target market! 🙂 If you do happen to buy the wine and need a partner in crime, I make a mean vegetable lasagna just sayin’! 😀

About the Napa Valley Vintners
The Napa Valley Vintners nonprofit trade association has been cultivating excellence for 70 years by inspiring its 500 members to produce consistent quality wines, provide environmental leadership and care for the extraordinary place they call home. Learn more at napavintners.com.