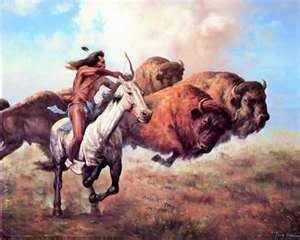 Long before Christopher Columbus came to The Americas, Native Americans were living off the land and surviving for centuries off of what Mother Nature gave them. They survived on animals and plants that were indigenous and learned to survive with the food that they were able forage, including grapes. Grapes are a indigenous plant found in every state. It is a tenacious plant that can survive harsh climates with little water, yet it produces brightly colored berries that attract wildlife and people as well. Propagated and spread by animals, the vines take root, wind and climb up trees to reach the sun. Native Americans back then saw the potential of this great fruit and today, to make wine. In honor of Thanksgiving and the symbolism of this dinner, Wine Oh TV takes a closer look at a few wineries that celebrate Native American history from the grape to the glass. 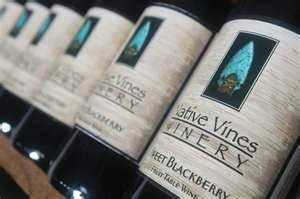 Located in Lexington, North Carolina, this winery claims to be the first American Indian owned and operated winery in the United States. Started in 1998 by Darlene Gabbard, a member of the Lumbee Tribe of North Carolina, this winery offers a range of wines from red, white, sweet and non-grape wines like raspberry tea wine and green tea wine. Native Vines Winery also offers many events throughout the year that celebrate the culture of Native American Indians. 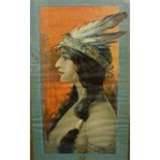 The name of this winery comes from the four rivers in Spotsylvania County, Virginia: Mat, Ta, Po, and Ni. Mattaponi is an Indian tribe once ruled by Chief Powhatan, Pocahontas’ father. This winery produces many indigenous wines from the Niagara and Concord grape to sweet fruit wines made out of fruits like peach and strawberry. The names of most of the wines are in Algonquin language, a Native American Indian language that was almost forgotten, like Odeimin, or Miskwamin. Native American Janette Evans, the owner of Mattaponi, makes wine to honor the history of the land where Indians once lived. While sipping her wine, she wants consumers to reflect on a beverage that may have been once shared by settlers and Native Americans alike. 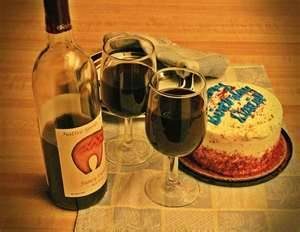 Located near Lake Thunderbird in Norman, Oklahoma, this winery follows this motto: “To touch the earth is to have harmony with nature.” –by Oglala Sioux. This motto is followed through from grape to glass where everything that is made in perfect harmony with nature. The bottle’s label and the names of the wines all represent a piece of Native American history. Soaring Thunderbird Chardonnay, Dream Catcher Red Wine, and White Buffalo Sauvignon Blanc are just a few that conger images of nature, harmony, and peacefulness. 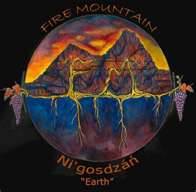 Based in the Verde Valley of Arizona, this winery is committed to creating a premier wine that is 100% Native owned. The vision is to have their wines served throughout Indian establishments, like casinos, across the United States. Wines such as “Ko” Fire, “Nyol” Wind, and “N’gosdzan” Earth, are wines in bottles with beautifully colored labels. Most are blends of European wines, but eventually they would like to produce wines that are strictly grown on native homelands protected by the United States. 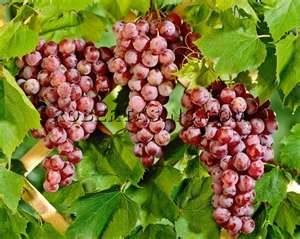 Older than the Concord grape, Catawba is a red hybrid native species used for shade, wine, juice, and jams. As a wine, the grape can have a musky or foxy smell or flavor. A purple-reddish skinned grape, it is found in the East coast of the United States, more specifically in the Carolinas to Maryland. Wines from the Catawba grapes are typically used to produce sweet, dessert wine and ice wine, as well as dry red, rosé, and sparkling wine because of its high acid profile. It grows best where it has a long growing season as it may fail to ripen properly. The origin of the Catawba grape’s name is unknown, however some think it was named after the Catawba River in the Carolina’s which flows through the territory of the Catawba people. The Catawba Indians lived in the Southeast along the border between North and South Carolina near the city of Rock Hill. 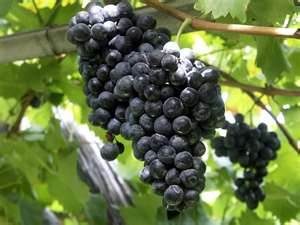 Concord grapes are often used to make jelly, juice, grape-flavored soft drinks and candy. But sometimes they are used to make wine, particularly kosher wine. A grape species derived from the Vitis Lambrusca, it was developed in 1849. There is some suggestion that this grape is not Native American, but the grape definitely has more Labrusca qualities (Native American species) than Vinifera (European). Many think that the likely parent is the Catawba grape. The skin of the grape is dark purple and covered in a dust or “bloom” that can be whipped clean. Concord grapes have large seeds and are quite aromatic which is why most Concord wines are sweet. They are extremely hardy, and for that reason they are one of the top produced grape in the United States. 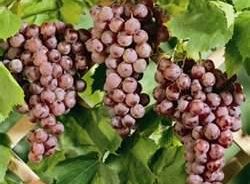 Known for its pale-red to pink color, this thin-skinned grape has a sweet pulp and grown in small fruit clusters. It’s skin is so thin that it can be easily separated from the white pulp. The grapes are used to make wines that are dry and sweet, but they are more known for making spicy, sparkling wines. The wines are typically tinged light pink. The Delaware grape is thought of as a Native American vine, however there is a definite European quality to it because it is susceptible to phylloxera. It was first discovered in New Jersey, but brought to fame in the 1850s in Delaware, Ohio. 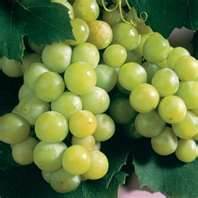 Used mostly for table wine and white grape juice, Niagara is one of the leading grapes grown in the United States. Developed in Niagara County in New York in 1868, it was a cross breed between the Concord grape and the white Cassady grape. Mostly grown in New York, Pennsylvania, Michigan, Washington and Ohio, these grapes are large and Juicy. The flavor and taste is mostly pleasing with some sweet fruit characteristics. The Riesling grape is very similar to this grape’s flavor and aromatic profile which can be petrol, floral, or musky.