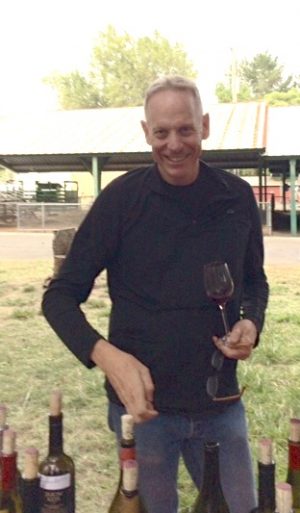 It was definitely Navarro Vineyards’ year at the 39th annual Mendocino Wine Competition, held in Boonville, on Friday, August 4. Navarro Vineyards’ longtime winemaker, Jim Klein (right), has to be among the most awarded in California history. Klein added Best of Show White (2016 Edelzwicker white blend), Best of Show Rosé (2016 Mendocino Rosé of Grenache and Carignane) and Best of Show Dessert (2016 Late Harvest Riesling Cluster Select) to his ever-expanding resumé of accomplishments. The winery also raked in two Double Golds, six Best of Class awards, 9 Golds and 9 Silvers. Talk about crushing it!

Kudos to this fixture in the Anderson Valley that, along with Greenwood Ridge, Handley Cellars, Husch and Roederer, have long welcomed visitors to indulge in the incomparable pleasures of sensational sparklings, delicately perfumed aromatic whites and divinely nuanced Pinot Noirs.

Just shy of the all-time record, there were 249 wine entries from 46 wineries this year. However, that did not stop the judges from awarding a record number of medals, including an unprecedented 52 Double Golds, 60 Gold Medals and 121 Silver Medals. 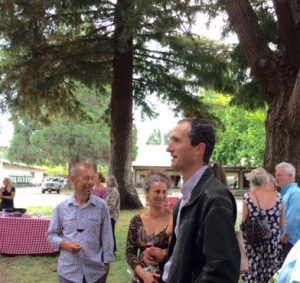 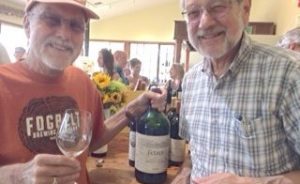 Among the esteemed judges this year was the late Dennis Martin (on right, holding bottle), who passed away just a little over a week after the competition. He had battled pancreatic cancer for over five years. Denny began making wine at Fetzer in 1986, and along with fellow Fetzer winemaker, Dennis Patton, delighted in creating the CORO wines.

One of the highlights of the competition was the judges dinner on Thursday night at Handley, during which Dan Berger opened a magnum of 1987 Fetzer Cabernet that Denny had made. It was signed by all the Fetzer family members. Denny beamed with pride as he sampled the phenomenally well-aged wine that was still plenty lively, filled with vibrant fruit and erascible acidity. He seemed genuinely pleased to be part of the action and told me the only thing he was doing to promote his health was eating plenty of homegrown tomatoes, and drinking good wine! 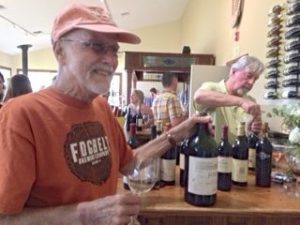 The competition, among the longest-running in California, alternates being held in the Anderson Valley and in Ukiah, as the appellation is sufficiently large. This year, it was Anderson Valley’s turn and the hospitality couldn’t have been finer, with an al fresco judge’s dinner at incomparably bucolic Handley Cellars, as the relentless sun set over the vines.

We dodged a huge bullet with the weather: it was forecast to be in the upper 90’s, but freak monsoonal moisture saved the day of the judging. 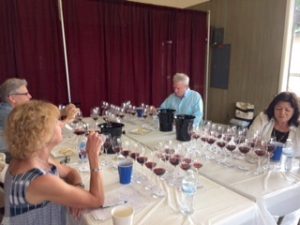 Instead of blistering hot, which makes tasting red wines unbearable, we awoke to cool grey cloud cover, and the sun barely made an appearance all day. For this, I and my fellow judges, including Dan Berger, Mark Bowery, Debra Del Fiorentino, Mike Dunne, Ziggy Eschliman, Ellen Landis, Dennis Martin (rest in peace), Greg Richtarek, Chris Sawyer, John Sverko and Larry Van Aalst, will be eternally grateful.

My panel consisted of Mark Bowery, Debra Del Fiorentino and Mike Dunne, with Moderator, Rusty Eddy. First, we tackled ten “other whites,” which included the 2016 Graziano Chenin Blanc, which we sent to Sweepstakes.

Next up were six Chardonnays and four Rieslings, all of which were pretty outstanding: could our luck be any better? We sent up the 2015 Meyer Family Donnelly Creek Chard and the 2016 Handley Cellars Riesling.

Returning wine judge and local wine expert, Mark Bowery, commented. “I’ve been doing this competition for over 20 years, and these are the best wines yet.” In fact, he reiterated this a number of times, and fellow judge, Mike Dunne (left), had to concur.

Then, we dove into a flight of 29 Pinots: this was like a triathlon. After much wrestling and some horsetrading, we ended up with 11 finalists: it seemed inconceivable to whittle them down to just one. Seriously, until you’ve done it, you have no idea how hard it is to eliminate greatness in the quest for superiority. 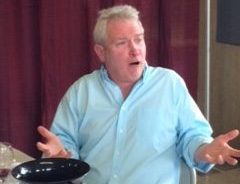 “How can we pick just one of these incredible wines to send to Sweeps?” asked Bowery (right). “They are all so deserving. I feel like we owe it to them all to give them a fair chance.” Mike Dunne nodded his head in agreement. “Go talk to Allan,” said Rusty. Bowery returned moments later, crestfallen. “He says we can only send up one.” A collective sigh heaved forth from the panel. Now we had to really get to work and come up with the one Pinot of this lot that really deserved a shot at stardom.

We decided to eliminate all but the Double Golds, and in the end, chose the most excellent 2014 Handley Anderson Valley Pinot to send onward. 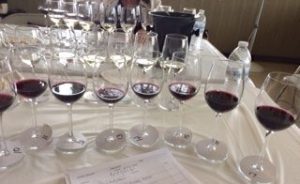 Our lineup of 20 Red Blends proved pretty deep in tannin and awash in a myriad of not necessarily harmonious flavors. We chose 2013 Alder Springs 13 Tasks to send on to Sweeps. Of all the flights, the 11 Cabernets were the most difficult, fraught with tannin and in general, overwrought.

No golds here. Remarked Bowery, “These are only remarkable in their unremarkability! You would think with global warming, that Cabernet would come into its own, especially in Redwood Valley!” Mike Dunne and I concurred, venturing that the region was better suited to Italian varietals. After a flight of some older Zins, which were basically meh, we got down to business on Sweepstakes, where we would judge the Best of Class wines sent up by the other two panels, along with ours. 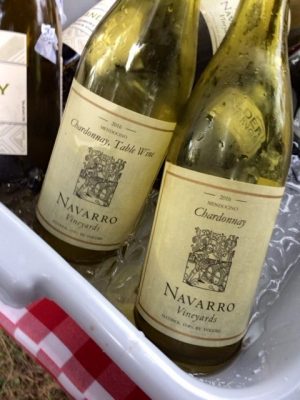 The latter turned out to be the White Sweeps winner, taking six first place votes out of 12. The Gewurz got three votes, the Riesling got two and the Pinot Gris, one.

“It’s so hard to pick a favorite,” said Bowery, as we dug into the task at hand. “Especially here.” Rusty Eddy added, “I always hope it’s cut and dried, but it never is! Too many great wines.” Not a loser in the bunch, that’s for sure. And half of them were from Navarro. 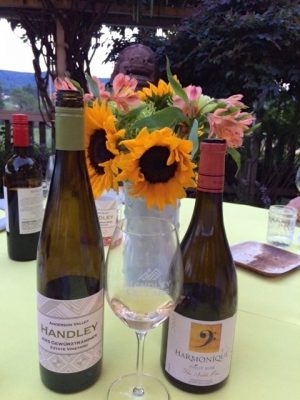 There was a bit of block voting and lobbying going on with the panel that sent up the Malbec; four of them voted for it. The Handley Pinot garnered three votes and the Lazy Creek Pinot, five, making it the winner of Best Red.

And that’s how sausage is made, folks. You’ll be pleased to know that all of the Best of Show and Best of Class winners are not only amazing wines, but amazingly affordable, too. Buyer beware, though: some of them haven’t been released yet.

The Gold medal wines will be poured at the Mendocino County Fair in Boonville September 15-17, 2017.

The complete list of winners can be found here: http://www.mendowine.com/events/wine-competition.php. 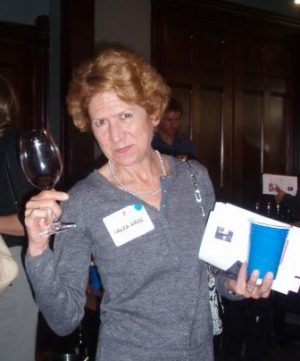