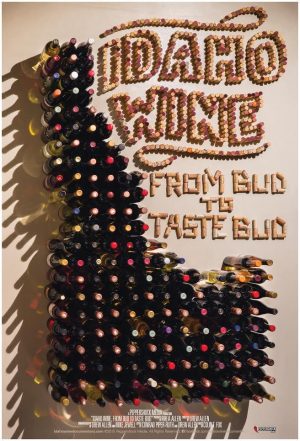 Idaho Wine, From Bud to Taste Bud will premiere at the Sun Valley Film Festival on Thursday, Mar. 5 at the NexStage Theatre in Ketchum, Idaho.

The film chronicles the history of viticulture in Idaho and explores the future of this burgeoning industry. It was produced by Peppershock Media of Nampa, with support from the Idaho Wine Commission, Idaho Department of Agriculture, the Idaho Commerce, division of Tourism, and many of Idaho’s wineries and vintners.

Filmed all over the state of Idaho, the documentary tells the stories about how many of the Treasure Valley’s wineries began, the people that started the growing phenomenon, the families that continue the traditions, and what they all see for the future of the region.

“This movie is about so much more than tasty grape beverages. It’s about a culture and a code of living. It’s about entrepreneurs working to carve out a niche and provide enjoyment to their community. It’s about soil and climate. It’s about terroir.”

Copies of the film can be pre-ordered now at a discounted price. Blu-Rays and DVDs will be released in the months following the world premiere at the Sun Valley Film Festival. To find out more about the film or to pre-order your copy visit: idahowinedocumentary.com.
Share36
Tweet
Share