There’s nothing in the world quite like Pebble Beach Food and Wine: it’s an epicurean extravaganza featuring chefs whose names are a household word, like Tyler Florence, Guy Fieri, Traci Des Jardins, Todd English and Hubert Keller, just to name a few. Let’s not forget some of the world’s top wine personalities, like Antonio Galloni and Michael Silacci.

To watch our video coverage from Pebble Beach Food and Wine 2013 Click Here!

If you have never attended, make this the year you do, if only to catch a cooking demo, a wine seminar and one of the Lexus Grand Tastings, which take place on Saturday and Sunday, April 12 and 13. You’ll be glad you did.

The tv-personification of the culinary scene takes on a whole different focus when you are in the same room with chefs who are literally cooking up a sweat to share their passion with you. This year, you could get up close and personal with Donatella Arpaia (Friday, 10 -11), Duff Goldman ( Sat, 3:30 – 4:45),  or  Andrew Zimmern (Sunday, 10 – 11:15) as they give you a glimpse into their unique obsessions.

Let’s review some of the Friday highlights. 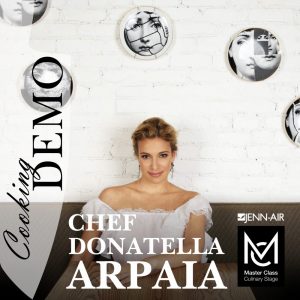 Cook things up starting at 10am Friday morning, with Chef Donatella Arpaia. A restaurateur, author and television personality, she opened her first restaurant, Bellini, in 1998, followed davidburke & donatella, Kefi, and the Michelin starred Anthos. Zagat crowned her “hostess with the mostest” and the New York Post named her one of the “most powerful woman” in Manhattan. Friday, 10 – 11, Inn at Spanish Bay.

Among the wine seminars are “Rhone Renaissance” with Delas Freres, A Tour of 2010 Burgundy with Antonio Galloni and a tasting of Opus One.

Personally, the idea of Summertime Pairings with Anthony Giglio, featuring wines of Provence and the cuisine of Kim Canteenwalla (Honey Salt, Las Vegas), including refreshingly dry rosés and food-friendly reds that can match up to BBQ and burgers, sounds mighty fine. 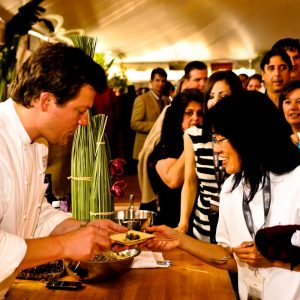 Friday lunches include Taste of Italy, Taste of Australia with local fave, John Cox, as well as a Four Martini Lunch at 1833, Master’s of the Sea at Roy’s and The Best of Belgium Beer.

Afterwards, Chef Tyler Florence and Chef Jon Shook both put on culinary demonstrations, from 3:30 – 4:45, while wine seminars like Italy’s Barolo with Antonio Galloni and SOMM Epiphanies give you insight into what makes wine such a life-changing experience for many.

Friday dinners offer a chance to mingle with culinary stars, literally, with Stars of LA, A Charlie Trotter Tribute and a Hunter-Gatherer dinner with Peter Armellino of Plumed Horse, as well as William Werner of SF-based Craftsman and Wolves.

Saturday morning kicks off with a cooking demo by British Chef Robert Irvine, star of Restaurant Impossible. In the corky category, you can delve into the wonders of down under with wines from Australia, sip the best of Burgundy or delve into the historic wines of Chateau La Tour.

Then it’s the Saturday Lexus Grand Tasting, from noon to 3pm, held in a 60,000 square-foot tent with over 300 wines from top-notch producers from around the world and a culinary cornucopia from a “who’s who” list of 30 top celebrity chefs.

You’ll be wowed with copious temptations, and you’ll wonder if you will ever want to look at another oyster, pork belly slider, foie gras lollipop or ganache filled chocolate cupcake with salted caramel frosting again.

Then, it’s on to seminars featuring additional cooking demonstrations as well as wine education opportunities that take you to Italy, Spain, France and beyond. 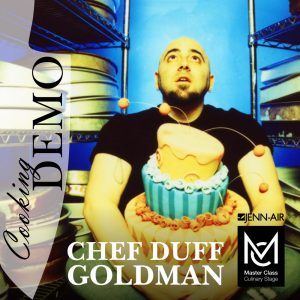 Professionally trained pastry chef, Duff Goldman, is best known for his starring role in Food Network’s Ace of Cakes, and for his vibrant personality and outrageously artistic cakes. Come see what he rustles up at his cooking demo, Saturday, 3:30 to 4:45, Inn at Spanish Bay. 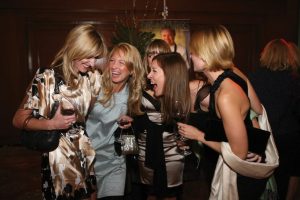 Sunday morning brings more seminars, including a cooking demo from 10 – 11:15 with Andrew Zimmern, a chef who has made a career out of eating adventurously.  Fans of his show, Bizarre Foods, won’t be disappointed as the entertaining Zimmern takes the stage.

If you’d rather drink before lunch, dip into New World Bubbles or snort a few flutes of France’s best at Champagne Salon, or join a Grand Cru Rendezvous with Andrea Robinson.

Then it’s the Sunday Lexus Grand Tasting, your last and most spectacular opportunity of the weekend for maximum culinary indulgence, Noon to 3pm.

Tickets may be purchased a la carte or as a weekend package, with prices ranging from $100 single event passes to $4,750 for a VIP, all inclusive four-day pass. Three total weekend packages are available. Tickets can purchased at: http://www.pbfw.com/.

No matter what you choose to do, it’s guaranteed you’ll have the most amazing time possible. Bon appetit!