Space Out with Spellbound Wines 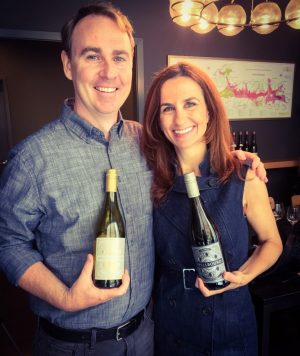 Have you heard???? August 21st North America will be treated to a total eclipse of the sun! The San Francisco Bay Area will get to see a partial eclipse with about 75 percent of the sun covered up.

Experts say the sun will be a nice, bright, thick crescent, and there will be notable darkening of the sky. In the San Francisco Bay Area the eclipse will start at 9:01am and end at 11:37am with the maximum eclipse time being 10:15am.

It’s safe to say this eclipse is pretty much going to be the biggest party in the galaxy! In honor of this out of this world event, Wine Oh TV’s Monique Soltani is sharing a sip and spacing out with Spellbound Wines and unearthing what role the moon plays when it comes to winemaking.

Spellbound Wines is giving away 500 pairs of protective viewing glasses to safely watch the Total Solar Eclipse on August 21st! Enter your name and address and they will send you a pair ahead of the big event: http://bit.ly/2f9qFfa