Petite Sirah, How Do We Love Thee? 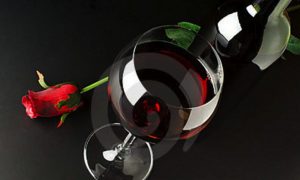 Are you a Petite Sirah fan? Do you know the difference between Syrah and Petite Sirah? If so, the 1,000 producers of this beautiful, dark skinned beauty of a grape want you. They want you to explore the deep dark, deliciousness that is their passion. And, if you are truly a PS devotee, you might want to attend next year’s PS I Love You! symposium, held annually in July at Concannon Winery in Livermore, California.

The 11th Annual Symposium, held on July 23rd, organized by PS devotee, Jo Diaz and her husband, Jose. Attendees from all over California, and one from Oregon, Pat Spangler of Spangler Vineyards, gathered to listen to historians, winegrowers, viticulture experts, marketing mavens and winemakers, all of whom had love in their hearts, and hearts on their sleeves, when it comes to Petite Sirah. There’s no reason this dark and delicious varietal can’t enjoy the blueberry-blackberry pie love it deserves. 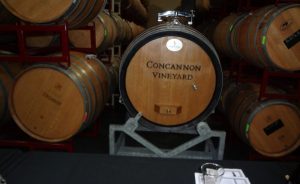 John Concannon, 4th generation vintner, shared some of the historical documents he’s uncovered showing that Petite Sirah was first imported to Alameda in 1884, and that an 1885 edition of the Livermore Herald listed Petite Sirah among the Claret varietals for sale at that time. He also recounted the first varietal bottling of Petite Sirah, a 1961 vintage that was released in 1964, at the request of one smart cookie of a wine shop owner in Southern California.

John’s father, Concannon patriarch, Jim Concannon, then recounted some of the early days of the PS I Love You organization, which began at the behest of the Foppiano’s and Patty Bogle of Bogle Vineyards, among others, back in 2002. The “Blue Tooth Express” brought Petite Sirah to throngs of wine lovers across the country in 2004, handing out toothbrushes as part of the promotion of the teeth-staining varietal. Good times, indeed. 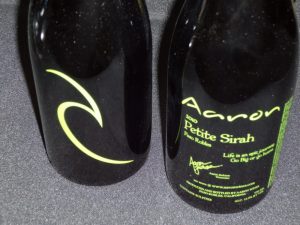 Dave Pramuk of Biale Vineyards spoke about 129 years of growing Petite Sirah in California, with an emphasis on doing so in Napa. He notes that Petite Sirah is known as “Cabernet’s helper,” often giving it the stuffing and bolstering it needs to darken color or deepen complexity. He also stated forthwith, “Petite Sirah is the most underrated variety in California,” and “Petite Sirah is the grape that Cabernet wants to be.” According to Pramuk, the Cab craze of the 80s and 90s, saw nearly 12k acres of Petite pulled from Napa vineyards, going from 14k in the 1980s to just 2400 in 1995. Petite Sirah has now surpassed Zinfandel in vineyard acres in Napa. 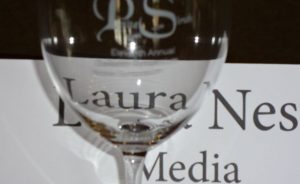 The lineup of Petites that were shared with the media following the presentations, included many impressive examples that were squarely in the camp of elegant, beautifully balanced, smooth of tannin and vibrant with that blueberry-blackberry core, coated in chocolate ganache and a touch of espresso that makes the varietal so fun to drink.

I was particularly impressed by Nottingham Cellars and Collin Cranor’s 2012 barrel sample from Julio’s vineyard, which was stunning, and impressed many others as well. Occasio Winery’s 2010 Petite showed off the elegance this brand is known for, and of course, the Concannon examples all captured the soul of the variety, as is Julian’s gift. The 2009 Captain Joe’s is simply stunning.

One of the most impressive was the 2010 T-Vine Cellars from Calistoga: practically perfection. Aaron Jackson’s 2010 Pet from Paso was intensely expressive, but carried more wood than it needed.

The 2010 Loma Prieta Petite, from a producer in the Santa Cruz Mountains who acquires fruit from Lodi for both Petite and Pinotage, showed depth, elegance and the flair needed to garner a Double Gold and Best of Show at the 2013 Floridea International Wine Competition earlier this year.

Guglielmo shared their 2009 and 1999 examples, from their estate vineyard in the Santa Clara Valley, and both were lovely, especially that 1999, which exhibited a fine badge of bottle age which just made it fantastic.

Very few “rustic” examples were in evidence, thankfully. Perhaps the mantra of this varietal should be: dark, dense and deliciously intense. Whether it takes hold with consumers or not, one thing is certain: Petite Sirah certainly takes hold of your mouth like nothing else.