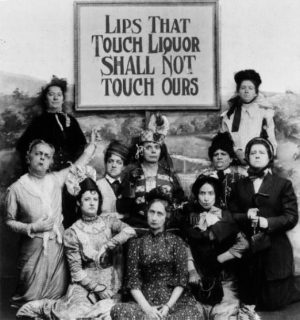 might be well into spring but a few months ago, an important date in history slowly slipped by without any announcements, ceremonies, or festivities. January 16th came and went without even a mention.  Ninety-two years ago, the 18th Amendment, named the Volstead Act, was repealed before the US Congress on January 16th, 1920.  Prior to that, on October 28, 1919 the 18th Amendment to the US constitution was passed.  It had two distinct purposes: 1) to prohibit intoxicating beverages and 2) to regulate the manufacture, sale, or transport of intoxicating liquor.  The Volstead act was created in response to the Temperance Movement in the 19th and early 20th centuries, a movement created by a variety of social, political, and religious groups who had a united belief that the nation would be better off if people eliminated drinking of  alcoholic beverages from their lives.  They saw alcohol as a cause for the destruction in marriage, the workplace, unemployment, and to the moral decline of American society. 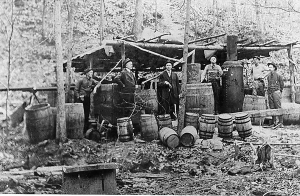 Unfortunately, the government agreed. But what the government did not foresee was the amount of money needed to enforce the law.  Once passed, the production and distribution of liquor was soon taken over by organized crime, the mob, bootleggers and speakeasies. Law enforcement also needed policing as they routinely turned a blind eye. The Volstead Act not only hurt the alcohol industry in the US, but abroad as well. Before, the wine export market between Europe and the US was steadily picking up steam, but after, the US could no longer import expensive European wine and the European export market crashed.

“Once, during prohibition, I was forced to live for days on nothing but food and water.” 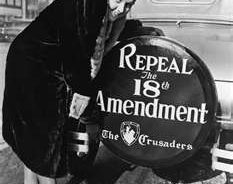 After the Volstead Act was repealed, it took years to repair from the effects. Thousands of workers that were involved in the wine industry prior to prohibition were gone, including winemakers who invested their lives into the practice. In the early days, jug wine sales sustained the wine industry for some time. But luckily, in the 1950s, Julia Childs introduced the world to French cuisine and their wines. The United States adored her and many people fell in love with wine all over again. 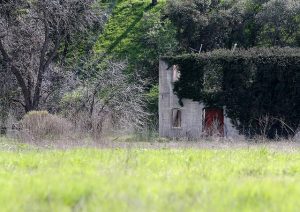 In the 70s, the Napa Valley, just then a very small wine region, gained international recognition for Chateau Montelena’s Chardonnay and soon after, the wine region became a powerhouse. Varietal wines suddenly became popular in the early 90s instead of ordering a house red, consumers were ordering Zinfandel, Merlot and Cabernet Sauvignon.  American’s taste in wine soon improved and the wine industry seems to be back to where it was. However, remnants of the Volstead Act still remain. Alcohol shipping laws set up after prohibition are still a tangled web of legal nightmares and the three tiered system of the winery, distributor and retail establishment are still in place today. 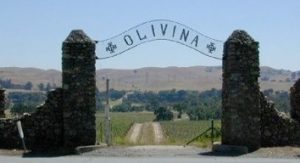 Every year, when January 16th passes by, all of us in the wine industry quietly breathe a sigh of relief. The date is a cold reminder of our predecessors who lost everything, a reminder of the power of the people gone awry, and a reminder that government’s heavy hand regulating people’s lives can have devastating effects. Be thankful for the revival of the industry  in places such as the Livermore Valley who have seemingly overcome all odds. Once gravely affected by prohibition, it is now a bustling wine center. Only evidence of few ghostly ruins remain of wineries that once dotted the hillsides, such as the old Olivina Winery. Be thankful that we have a government that acknowledges its mistakes and has a process to change them. But most of all, just be thankful that we all have the freedom to buy incredible, hand-crafted, artisan wines that get better every year. The next time you sip some wine, enjoy it! It most likely won’t be your last.