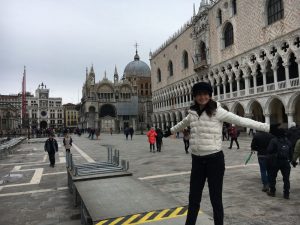 America’s favorite affordable Italian sparkling wine is committed to going green and we are pretty excited about it!

In this episode of Wine Oh TV, Monique Soltani travels to Northern Italy to learn about Prosecco DOC wine and discovers the 2000 year old sparkling wine is embarking on a sustainable future.

We start off in an unusually empty St Mark’s square in Venice, Italy. Then, we go in the vineyard to learn about Prosecco DOC’s positive environmental practices and organic wine production.

After that, we explore Prosecco’s connection with culture and visit one of Andrea Palladio‘s Italian masterpieces, Villa Emo. We wrap up with a taste of Tiramisù in Treviso. Watch and learn how to make Tiramisù at the restaurant where it was invented, Le Beccherie. 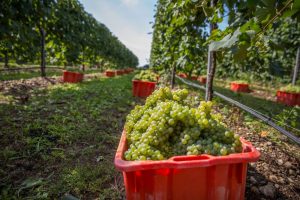 Over the past few years, Consorzio Prosecco DOC decided to make a commitment to sustainability and organic wine production. They are arming their local winemakers with tools, teaching them how to make their vineyards more sustainable.

In addition, they made an amendment to the production regulations that includes the prohibition of using three active ingredients: Mancozeb, Folpet and Glyphosate.

This decision was so widely accepted that it inspired the Consorzio Prosecco    to continue on a path towards a more sustainable Prosecco DOC. 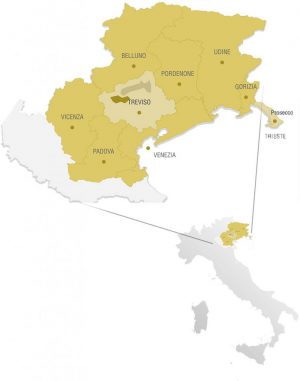 Prosecco DOC is the main designation of the wines, but “Treviso” can be put on the label only if the entire production process, from grape harvest to vinification and bottling, takes place exclusively in the province of Treviso. “Trieste” can be used also if the bottling is done outside Trieste Province. 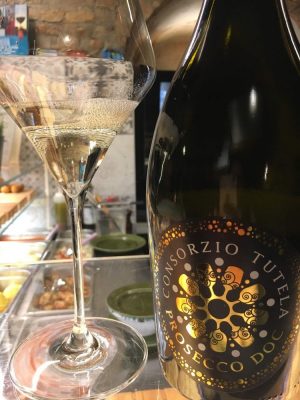 Depending on the quantity of the residual sugar, Prosecco Spumante can be produced in three different styles:

Prosecco Frizzante (semi-sparkling wine) with secondary fermentation in bottle (also known as Prosecco Col Fondo) has a pleasant bouquet, with possible aromas of bread crust thanks to bottle fermentation.

Prosecco Tranquillo (still wine) has no perlage. (0.1% of total production) Minimum vol. alcohl: 10.5% for semi-sparkling and still; 11.0% for sparkling