Red Wine: How to Tell the Good From the Bad 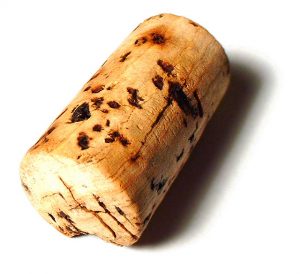 Red Wine: How to Tell the Good From the Bad When a waiter offers a tiny sip of wine for your initial perusal, we know this is our cue to find out if it is “off”, or to use the technical term, corked. This is generally used to mean that the wine has gone bad, although it is actually a highly specific term for when TCA, a fungus chemical present in the cork, infects the wine and makes it unpalatable. There are many different ways that wine can go bad though, such as exposure to the air, and if you plan to buy red wine with CellarVie Wines  then you need to be able to spot a wrong ‘un. Here are some of the major indicators of a nasty batch:

The smell is off. If a wine’s aroma is moldy or resembles a musty basement, wet cardboard, or vinegar, it’s turned. A heavy raisin or “stewed fruit” smell is another bad signal – avoid!

Fake fortification. Fortified wines such as port and sherry have a distinctive smell and taste – these should certainly not be present in normal red wines, and if they are then it is very likely it has been stored too near a heat source and thus rendered unpalatable. Another way to check for heat damage before the bottle is even opened is to look at the cork – if it is pushed slightly out of the bottleneck, then it has expanded due to excessive heat.

Beware the fizz. Red wines are generally not effervescent wines, and any bottle of purportedly still wine that has a fizzy character is not fit for drinking, as the bubbles signify that it has undergone an accidental second fermentation since it was bottled.

The color test. Red wine can be many different shades, but it should always be red. If it is brownish, then the wine has aged badly and will taste as bad as it looks.

The taste test. Naturally, this is the ultimate test. While a pricier wine will usually taste better than its cheaper counterparts, they should all be ultimately drinkable. Acrid or vinegary tasting-wine is clearly unpalatable and should be obviously so from the first sip. More subtle signs of a bad wine are a lack of fruity notes, a chemical tang or an astringent undertone.

BY: BEN MOSS, WINE WRITER: Ben Moss is a wine writer who writes for CellarVie Wines, an independent online wine and spirit retailer.