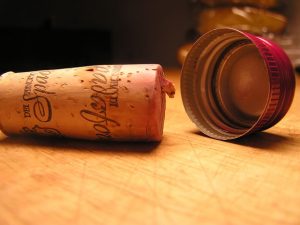 Screwcaps the New Norm Across the Pond:

UK Wine Oh’s are taking to the twist off like never before. A new survey by the Wine Intelligence for its 2011 Closures Report, shows  85% of the regular wine-drinking public now welcome screwcaps – back in 2003 those stats were closer to 41%.

Given a choice most consumers would pick the cork over the cap but the screwcap trend is up over seven times compared to just eight years ago. Female wine drinkers in their 30s and 40s and younger drinkers seem to like screwcaps the best.

The research reported on Decanter.com was based on online quota-based surveys of 1,000 adults who drink wine at least once a month, conducted in March 2011.