A Half Million More Reasons to Love Sonoma County Wine 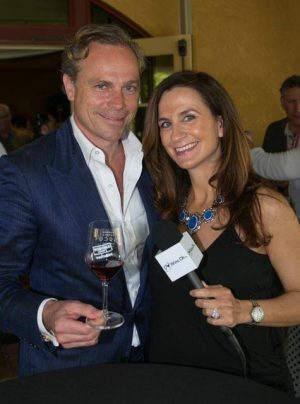 Similar to Premiere Napa Valley, Sonoma County Vintner’s produced as Corey Beck, president of the Sonoma County Vintners and Francis Ford Coppola Winery, put it “some kick ass wines.” After a walk around tasting, retailers got a chance to bid on the “kick ass” one-of-a-kind wines. More than 250 top trade and media guests watched as the final gavel went down and the event earned a grand total of $461,700 in less than two hours.

“We are grateful for the generosity of our friends in the trade and thrilled to have Sonoma County recognized as a world-class growing region. The results of this first ever trade auction demonstrate the value of our beautiful wines and we look forward to welcoming our trade guests at next year’s event scheduled for Friday, April 29, 2016.”

Two lots tied for the highest bid, each selling for $24,000. The first was purchased by Glen Knight of The Wine House (Los Angeles, CA) and is a barrel collaboration between Joseph Swan Vineyards, Kosta Browne Winery, and Williams Selyem Winery of Russian River Valley Swan Selection Pinot Noir named “The Father, The Son and The Holy Ghost.”

If the name Glen Knight sounds familiar its because Knight is the same buyer who paid $260,000 for 2012 Scarecrow lot “Toto’s Opium Dream: Scene III” at the The Napa Valley Vintners’ 18th annual Premiere Napa Valley.


The second lot, Williams Selyem Reverence (shown in the video above), incorporated seven different heritage clones from 10 of the most prestigious vineyards in the Russian River Valley and was purchased by Drew Goodgame of Porthos Wine Ventures (Sausalito, CA).