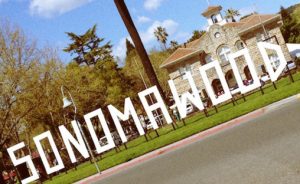 The Sonoma International Film Festival (SIFF) is proud to announce the line-up for the upcoming 16th edition, which runs Wednesday, April 10, through Sunday, April 14.  Considered one of the nation’s top destination film festivals, SIFF presents over 100 films, including 7 Premiere films, shown at 8 venues, all within walking distance of Sonoma’s historic plaza,  in the heart of California Wine Country.

“This year’s program marks a great achievement for the Festival.  Our sensational selection of films will challenge and inspire our audiences.  Now add delicious food, wine and music and attendees will thoroughly enjoy our unique film festival. This year’s program  features films that will transport audiences all over the world from Russia to Italy, Venezuela to Nepal, Iran to Iceland, and more, with such themes as Music & Arts, Environmental, LGBT, Sports & Action, Spanish-language Vamos al Cine and, of course, Food & Wine.” 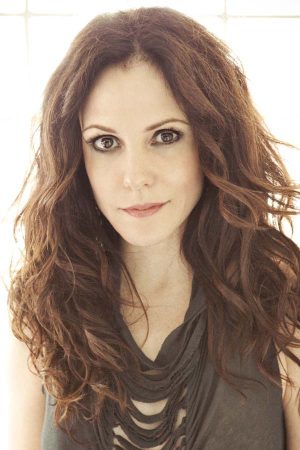 Mary-Louise Parker has enjoyed a diverse career in film, television and on stage.   She was most recently seen in the hit action-comedy Red opposite Bruce Willis, Morgan Freeman, John Malkovich and Helen Mirren.   Her upcoming feature films include Red 2,  R.I.P.D. the action-comedy starring Ryan Reynolds and Kevin Bacon; Jamesy Boy and Behaving Badly.  Parker is widely known for her starring roles in such films as Fried Green Tomatoes, Boys on the Side, The Assassination of Jesse James by the Coward Robert Ford, Reckless, The Client, Naked in New York, Bullets Over Broadway and Longtime Companion.  For the small screen, Parker won a Golden Globe and received four SAG Award nominations for her portrayal as Nancy Botwin in the hit Showtime series Weeds and also received a Golden Globe and an Emmy Award for her role in the TV mini-series Angels in America. She also boasts a highly acclaimed and extensive stage career, having appeared in such plays as Prelude To A Kiss, Reckless and Proof, all of which she received Tony Award nominations and winning the Tony for Proof, and most recently seen in Dead Man’s Cell Phone and the Broadway revival of Hedda Gabler.

“Both Parker and Bichir exemplify such amazing traits as actors,” says McNeely, “We are thrilled to celebrate their contribution to independent film…and even more excited to be able to reunite this Weeds duo.”

A range of epicurean films includes Lo Zucco: The Wine of the Son of the King of the French, a U.S. Premiere from Italy about the Duke of Aumale who, exiled from France, settled in Sicily where he applied the agricultural precepts of Virgil; A Year in Burgundy, a look at a full wine-making year in the Burgundy region of France in 2011; and Spinning Plates, recent Audience Choice Award winner at the Santa Barbara International Film Festival.

Two environmental films that happen to both be narrated by Robert Redford are Watershed:  Exploring a New Water Ethic for the New West, about the urgent threat facing the Colorado River, a vital waterway that faces distinction, produced by James Redford and directed by Mark Decena; and A Fierce Green Fire: The Battle for a Living Planet, directed by Mark Kitchell about the first big-picture exploration of the environmental movement’s evolution of grassroots and global activism, and narrated also by Ashley Judd, Van Jones, Isabel Allende and Meryl Streep.

International fare includes the North American Premiere of You Will Be My Son (Tu Seras Mon Fils) from France set in the beautiful Saint-Émilion region, a modern retelling of the parable of the prodigal son; Iranian film The Sinners, directed by Faramarz Gharibian and written by his son Sam, shrewdly channels Hitchcock in this film noir with an Iranian twist; and Caught in the Web,a multi-layered black comedy set in modern-day China and was China’s official submission to the 2013 Academy Awards for Best Foreign Language Film.

Terms and Conditions May Apply is a documentary directed by Cullen Hoback that exposes the outrageous and downright scary things that happen to your personal info when you click “Yes” without reading the fine print, featuring interviews with musician Moby, futurist Ray Kurzweil and science-fiction author Orson Scott Card, as well as a privacy-invading ambush of Facebook founder Mark Zuckerberg.

Project Censored: The Movie has its World Premiere at SIFF, determined to break the grip that ‘junk food news’ has on the American people by exposing important stories that are rarely, if ever, reported by the corporate media.

Village Music:  Last of the Great Record Stores features the Mill Valley cultural institution, Village Music, and Cover Story – Album Art features some of the most iconic images of the vinyl era, with the stories behind album covers from such musicians as Grateful Dead, Yes, Nirvana and more. The Cover artists are expected to support the film.

On Friday, April 12 at 1:00 pm at the Woman’s Club SIFF will present a Special Sneak Preview of a feature film debut from a returning filmmaker whose short film premiered at SIFF several years ago.

For full list of films and tickets go to: www.sonomafilmfest.org