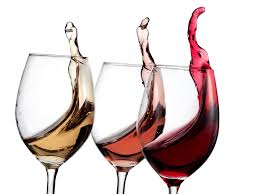 The Super Bowl is right around the corner but before you plan your Super Bowl Party check out these Super Bowl wine picks. No doubt you will be dashing to the store to fill up on chips, hotdogs, hamburgers, cheese dip, guacamole, and wine! Wait a minute…did we forget to mention the beer?? Of course not! We at Wine Oh TV understand that beer and Football go together like Roquefort cheese and Sauternes, but we also know that it is possible to pair a good ole American Superbowl party with wine.

So, we decided to help you find the best all American wine for Super Bowl Sunday. We wanted to find a wine that is affordable, easy to find at any major grocery store, and goes well with hotdogs, chili-cheese nachos, and a vegi-dip platter. We knew this would be no easy task, so we assembled a team of eclectic judges of all wine tasting abilities, including some who are closet beer drinkers, and created the following guidelines for the wine we were to review:

4) The producers of the wine must be recognizable to all (i.e. Gallo, Fetzer, Kendall Jackson, etc.)

Before the start of the competition, the judges were told this type of wine review was the first of its kind and that while they may not be judging the best-of-the-best, rating these types of wines were of equal value because many people consumable these libations by the gallons. In fact, in 2010 almost 200 million cases of bulk wine was sold to grocery stores. The Central Valley grows thousands of acres of wine destined for bulk and boxed wine and has spent a great deal of money creating hybrid varietals that grow prolifically in the Central Valley and can withstand the heat such as Ruby Cabernet.

In total, we tasted over 30 different types of wine including brands such as Charles Shaw, Fetzer, Beringer, Turning Leaf, Smoking Loon, Gallo, Barefoot, BV, Ravenswood, Sutter Home and Robert Mondavi Woodbridge. We carefully analyzed, sipped, and sniffed each wine completely blind. Notes were required on all wines as well as a food pairing. All judges scored each wine on a 100 point scale based on the following:

100-90- This wine is perfect for Superbowl Sunday!

89-80- I would buy this bottle again only if I was running low on cash.

Food pairing: McDonald’s or Jack in the Box Hamburgers

We want to thank the judges who attended our first California Wine review. Thanks to Derek and Kristin Rand, April Walls, John and Erica Lozano, Kristin Cummings, and Rob Roffey!